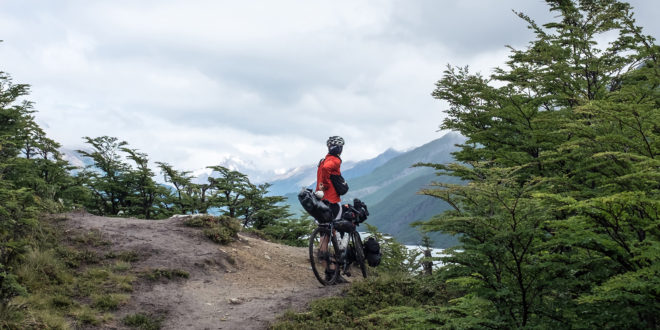 The rise of the bikepackers

Bike racing is not an easy sport. This much cannot be disputed. The Tour de France maintains its reputation as the toughest sporting event in the world, covering 21 days of sprinting, climbing and breaking away over 3,500 kilometres (2,200 miles) every summer. Even the man credited with the Tour’s founding, Henri Desgrange, opposed any advance that made racing easier – the derailleur for example, about which he says: “Isn’t it better to triumph by the strength of muscle? We are getting soft.”

With a love of cycling often follows a pursuit of beauty and the brutal in equal measure, an instinct that is driving some to find further tests of mental and physical strength. There is a phenomenon on the fringes of the cycling world that is threatening to move into the mainstream in an unexpected way – known as either bikepacking, adventure cycling, or ultra-distance riding – and it’s open to everyone.

In tune with its many names, this subgenre of bike riding takes on almost infinite variations, from weekend warriors touring out to the countryside near their homes and camping under the stars in a bivouac, to 2,400-mile unsupported battles through the European wilderness. One of the people who has found himself embroiled in this fledgling counter-culture is Ian Walker, an environmental psychologist who lives in Bristol.

Walker has only taken to ultra-distance bike racing in recent years, but found himself enamoured with the discipline. The 44-year-old says: “I got into it entirely through running really. I was doing ultra-distance running until a couple of years ago, almost exactly two years ago and I’d been doing fairly well at that. Not winning things but putting up solid performances, usually finishing in the top ten per cent in most races I had a go at. Then I saw the Transcontinental and there was something about it that grabbed me.”

The Transcontinental (TCR) is the most famous of ultra-distance races and is seemingly at the forefront of the scene. First held in 2013, TCR is a bike race born out of purity and simplicity. Held across continental Europe in one single stage, with no support and no predetermined route, riders are free to ride however they choose. Walker, a senior lecturer at the University of Bath when not riding his bike unimaginable distances, says: “It genuinely scared me. When I got a place, it was genuinely this feeling of nervousness at doing something quite so unknown, but something so amazing. It was life-changing and all the clichés that go with it. What’s nice about it is aspects like route-planning, everything about it comes together into this really perfect race.”

After completing his debut TCR in 2017, Walker went on to race in the TransWales and North Cape 4,000 events in 2018, winning both. When asked why he loves this side of the sport, he says: “The obvious answer is that I found I was quite good at it! One of the things that appeals is there’s more than one way to be good at it and more than one way to win.

“You could win by being a fast rider. You could win by handling sleep deprivation. You can win by being a really good problem solver. You can win by just being really tough. They all play along and are all in this sliding balance. I think the fact that there’s more than one way to win the race for me is the one thing that makes it really exciting.”

As you might expect, such demanding events require something special in the kit being used. Reliability takes precedence over all other considerations – your kit can’t fail when you’re camped in a European woodland 100 miles from the nearest LBS. On how he shops for kit, Walker says: “Kit is so important when you need it and not important most of the time. I think a reputation for reliability is something I’d be quite interested in. In terms of the actual kit itself, I’d be thinking about waterproofing quite a lot. You don’t want kit letting you down in the middle of nowhere.

“It would be lovely if there were some shops that specialised, because pretty much everything you have to end up getting through online ordering. Of course then there’s a lot of holding tape measures up to your frame and trying to decide which is the right size. If there was somewhere to go and stick frame bags on your frame, that would be amazing.”

In reality, ultra-distance cycling is not a new spectacle in the cycling world. Professional riders would cover colossal distances in one-day races almost since the creation of the bicycle, including the 350-mile Bordeaux-Paris and the 750-mile Paris-Brest-Paris. Even the Tour de France featured terrifyingly long stages, including a 300-mile stretch during the 1919 Tour.

But as the UCI introduced limits on the length of races, ultra-distance cycling entered a new phase, one that is open to everyone. On whether he had sensed growth in this side of the sport, Walker says: “If you look at TCR, it went from being a small number of people and everyone who applied got a place, to being oversubscribed. There are new races and equipment manufacturers cropping up. It feels healthy.”

The growing popularity of ultra-distance cycling, adventure riding and bikepacking has not gone unnoticed in the industry. British premium clothing brand Rapha has expanded into the adventure market hugely, releasing bib tights, shorts, jerseys and even a sleeping system geared towards the intrepid. Along with a new range, Rapha’s delve into the unknown includes a return to the professional peloton with the EF Education First-Drapac WorldTour team, complete with an ‘alternative calendar’ of cycling events.

This selection of standout events will see professional riders from the EF team taking on ultra-distance events like the Three Peaks cyclocross race and the TCR. Rapha says it carried out extensive research and found that cycling needed to do more to bring out personalities, hence the alternative calendar. Whether this can save the brand from a recent slump, which resulted in redundancies and cost cutting, is yet to be seen.

Elsewhere in the world of professional cycling, adventures have been making headlines. This summer Irish national champion Conor Dunne and American Larry Warbasse set off on their ‘No Go Tour,’ a 1,140 kilometre jaunt through the mountains of southern Europe over eight days.

The pros set off without a destination or contractual obligation after the collapse of the Aqua Blue Sport team that had sponsored them before it folded suddenly in summer. Offering up daily updates via video and photos on social media, the pairing gave fans and the industry an insight into a challenge that was purely for the love of cycling.

Hot on the heels of that epic ride, Belgian professionals Thomas De Gendt and Tim Wellens set off for one last test of the season, riding 1,000 kilometres home from their final race of the year in Italy to Flanders in Belgium.

The Lotto-Soudal riders spent six days trekking across the European mountains after finishing the final Monument race of the year, Il Lombardia. De Gendt and Wellens say
they weren’t inspired by Dunne and Warbasse and had already been planning their ride. Able to finally enjoy nature along the way, the pair rode without the pressure of a hulking peloton chasing them down.

One of the brands riding this wave is Leeds-based manufacturer Restrap. Established in a back bedroom with a single sewing machine by managing director Nathan Hughes in 2010, Restrap offers baggage for every kind of cyclist, including those lost in the wilderness. Hughes says: “We started out producing straps from recycled car seat belts, hence the name Restrap. With the growth that we’ve had, our interests shifted a bit more into luggage as well. We’ve grown to produce everything from on-body bags to on-bike bags.”

But at the business end, has Restrap seen a rising tide on the adventure side of the sport? Hughes says: “There’s been a big growth in the adventure cycling side of things. There’s generally been a big growth in just people carrying luggage on their bikes. There’s definitely a mind-shift in people realising they can use their bikes to get to work but they can also go on holiday for a couple of weeks and cycle across the country. I would say we get a bit more of an educated customer around cycling. Generally when they come to us they know a bit about bikes and a bit about luggage already.”

Of course to hold on to customers who value reliability above all else, you have to take a different approach – products need to be built to last in all conditions. On Restrap’s philosophy, Hughes says: “There are a few things we do a little bit differently. The first one is a lot of our systems – we make things as easy as possible to fit on the bike and take off the bike. The great thing about 90 per cent of our products is they will fit any bike, so you can buy one set of luggage and if you’ve got multiple bikes you can put them across the range.

“The other thing is how we build the products. Generally, with touring, it’s been about weight for many years. But we have the aspect of building stuff to last, which is a little bit different to some of the people out there. We’ve taken all the manufacturing in-house, so we have a little bit more control over the quality, which gives us a big difference as well.”

While catering to the experienced adventurer, Restrap is working to make its products accessible, to get as many people out on the bike as possible. Hughes says: “Our main aim is to try and make it a bit more inclusive to everyone. The one thing we really aim to do is get your standard person on a bike with some luggage and say you can go away for a weekend. You don’t have to be riding at 25 miles per hour to get across the country in the fastest time.”

After forming eight years ago, Restrap has grown with demand. The company now employs 16 staff, with that number expected to rise to 20 by 2019, and has recently moved into a new space more than twice the size.

But how does the MD see the brand moving forward? “I think it will shift,” Hughes says. “Some people will move onto panniers and traditional kinds of luggage. It might even shift to commuting a bit more. We get a lot of customers using frame bags on a daily basis, when before it was more of a touring product where you’re going away with it. A lot of the items are slotting into the commuter market a bit more as well, so I think the traditional sense of bikepacking may change but the style of cycling and luggage will be around for quite a while.”

But the most important detail for a brand gearing to the wild ones is understanding why. Hughes has some thoughts on that: “It appeals to them because it’s the fun side of cycling. It doesn’t have to be deadly serious. It can just be going out with your mates and stopping at the pub. I think that’s what people forget. We talk about bikes and go to trade shows, but really it’s a hobby and we do it because we enjoy it.” 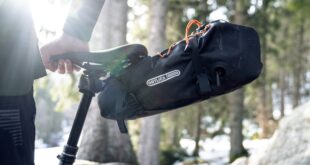 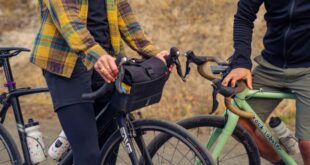 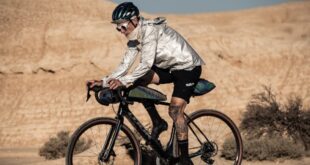