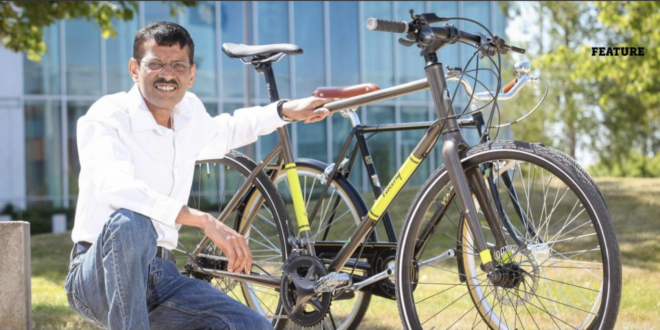 The resurrection of a classic

Viking is back after a 40-year absence. BikeBiz chats to Avocet CEO Sreeram Venkateswaran about restoring former glories

Can you give us a bit of background on the Viking brand – its glory days and its impact on racing?
The Viking Cycle Company was formed in 1908 by Alfred Victor Davies, who after retiring was succeeded as managing director by his son, Reg Davies. Viking Cycles Limited was formed in 1939 when the company produced about 800 cycles a year. After the war, production rose to 2,000 cycles a year and the company decided to form its own road racing team. Bob Thom joined the company as a player-manager for Viking’s first lightweight cycle team and Reg Davies designed a couple of lightweight machines. The Viking road racers were introduced in 1948. Viking had 1,250 bicycle dealers throughout the country supplying club type machines and became one of the premier names in the business. In May 1955 it was decided to separate the manufacturing side of the company from the retail outlet. Production continued to increase, reaching a peak in 1963 when 20,000 machines were produced with a workforce of around 70.

What inspired you to bring back Viking?
Hero Cycles is the world’s biggest bicycle manufacturer by volume. Hero Cycles bought the 110-year-old Viking brand when it purchased Manchester based bike distributor Avocet Cycles in 2015. After a near-40-year absence, the first range of bespoke British-designed Viking bikes is now back in cycle shops across the UK. Our mission is to breathe fresh life into one of Britain’s most famous bike brands. Following decades of ownership changes and neglect Viking is back with a range of bikes ‘fit to wear the badge’.

Tell me a little about your investment in the Global Design Centre, and what that means for Viking.
We have invested more than £2 million in moving our Hero Global Design Centre (HGD) from India to Manchester so we can embrace brands like Viking and recalibrate them, restoring the quality they were famed for. Our new range of Viking bikes is the first designed in the UK for 40 years. HGD is located a short distance from the National Velodrome in Manchester, the home of British cycling. It aims to bring together the best designers and innovators in the bicycle industry from around the world to develop the next generation of bike designs using the very latest technology. It will bring together its design, product development, innovation, testing and market research departments. The facility employs 25 of the industry’s leading design and marketing experts from across Europe. For the Viking brand, it is being reignited by a multidisciplinary team working across several bike segments. The decision to choose Manchester, which has the highest student population of any city in Europe, was taken in October 2016. A number of other cities across Europe were considered but investment in the UK’s Northern Powerhouse came as a result of Manchester’s strong affinity with cycling culture, its unquestionable design and engineering heritage and the access to talent.

Is this project a case of renovating a classic, or is it an entirely new, modern feel with a quick nod to the past?
Viking is a brand which fires the imagination and captures our ambitions. Viking has heritage, it has passion and in its glory days, it was one of the finest bike manufacturers in the world with one of the best racing teams in Britain. Proven quality, style and durability have always been the trademark standard of this brand. The range now encompasses a much bigger selection of types of bike to suit the ever-increasing demands of changing lifestyles and modern environments. The return of the classic Viking logo with minimal retro graphics gives a contemporary urban look. The bike frames further include a badge naming Viking’s tour of Britain wins in 1951, 1955, 1958 and 1959. The new Viking range will include city, touring and road bikes.

Nostalgia aside, how does Viking set itself apart from the other brands on the market?
Viking is a key part of Hero’s new Insync range of bikes launched in the UK in May. They will be one of the most competitive in the range. The new Viking bikes have a full Shimano groupset, they are lighter, and have a tighter rear triangle enabling better power transfer. The Viking range is more responsive and better for cornering, with a great lively performance suited to families of all ages.

How will you continue to evolve the Viking brand throughout 2019 and beyond?
Using all the modern technical developments of today’s manufacturing and lightweight materials, the new Viking bikes are ready to face the next hundred years. Cyclists can expect to see lots of design innovations and improvements as the Insync brand grows. Recent reports suggest that cycling in older age can strengthen the immune system. Insync aims to build a cycling culture that encourages happiness and health. 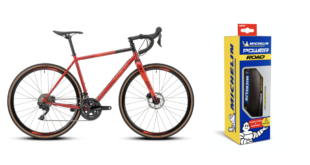 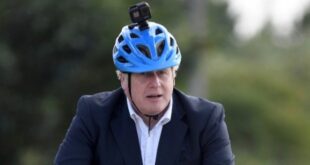 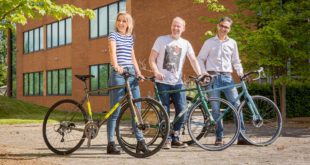