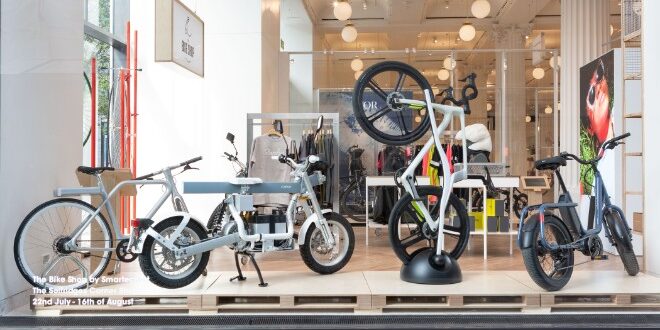 The most versatile carbon fibre bike ever?

The transport revolution and the rising demand for cycling in 2020 has seen many businesses pick up new customers and quickly sell out of bikes. With many people across the world now embracing active travel, an exciting platform that been provided for new models to enter the market – and innovations such as 3D-printing have the potential to provide customers with even more opportunity when it comes to choice of design. 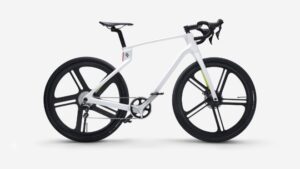 This summer has seen the launch of Superstrata – the “world’s first” 3D-printed custom unibody carbon fibre composite bike and e-bike. Its proprietary composite 3D-printing manufacturing technology is able to print each frame individually according to each rider’s precise body measurements.

“We wanted to jumpstart showing off what we can do as a company in terms of the technology,” says Sonny Vu, CEO of Arevo, the company behind Superstrata. “We thought we would try to not just print something complicated, like a bike, but to print thousands of them. Usually in the 3D-printing space, you can make one or five of something, but that’s not interesting because they’re usually small. We thought we’d build something big enough for humans and build thousands of them.

“That’s how we came upon doing Superstrata – it’s really just a way to demonstrate what the technology can do, the core technology being a system that 3D-prints continuous carbon fibre fast. We’ve been working on bikes for some time and we made a few different versions over the years. Then we thought we’d make something that’s good looking, that way we can innovate in terms of design. And so we designed Superstrata.”

Exceeding expectations
The Superstrata touts a unibody construction, 3D-printed in a single pass of continuous carbon fibre thermoplastic composite. With over 500,000 possible combinations, Superstrata claims to be the “most versatile carbon fibre bike ever made”.

Two versions will be available, a bicycle and an e-bike, the latter fully chargeable in two hours providing for up to a 55-mile range. Both will feature integrated data and power wiring throughout the frame, enabling a variety of electronic upgrades. Additional options include different riding styles (racing, street, gravel or touring), wheel material (metal or carbon fibre) and colourways (light or dark).

“It just blew up on the internet so we said OK – we have our demand,” Vu continues. “This is something that people like.” And since its launch in July, Superstrata has exceeded $6 million in pre-orders. “It’s definitely been beyond our expectations.

“We were hoping to do three million this year and we hit that within 13 days. We feel very fortunate that so many people would believe in us. It’s a very odd thing to pre-order something so expensive, but I also think we’re riding on the coattails of a pretty strong tailwind of demand for bikes worldwide.” Superstrata plans to start shipping these bikes in December, but with so many orders, Vu says some may spill into early 2021. 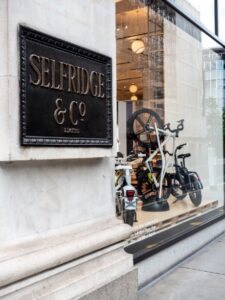 Brand collaborations
Earlier this year, the brand arrived in the UK in the form of a special edition. The Superstrata Oxford made its debut at Selfridges’ The Bike Shop, suspended on a Vadolibero’s Vertik next to a classic Penny Farthing bike. This aimed to show just how far we’ve come in bike design and usage over the last 100 plus years.

The Oxford edition, which was only available in The Bike Shop, included the coveted carbon fibre wheels with a highly premium groupset, two of the most requested features from customers, Superstrata said.

“We’ve got quite a bit of traffic as a result of that – we’ve seen our UK interest go up pretty substantially,” says Vu. “Selfridges is an incredible store, it’s a very legitimising force, and we were fortunate to be a new brand there. We’re tickled that they would have us. It was a good introduction, it shows people that it’s real and it’s there. That was a prototype but it was a good way to show off the design.”

The brand is also launching a bike for kids, having partnered with the Saint-Exupéry family. The Little Prince edition’s design will be similar to the adult version of the Superstrata, and will also feature the colours and visual elements from work by Antoine de Saint-Exupéry. “We had a few people ask us if we can make one small enough for kids,” Vu says. “We hadn’t really thought about that but then we’d had enough demand that we thought we should. For any other bike brand, it would be a big deal because you have to set up an entirely new production line. For us, we just need to design it and print it and that’s it. There’s still some process involved but it’s a lot easier to do than setting up an entire line.”

Superstrata has also previously collaborated with the superhero Ultraman in Japan and the electronic music festival Time Warp in Germany. “Part of the point of these collaborations is to double down on our focus on design and culture. It’s less about performance, even though we get associated with performance because it’s carbon fibre. It’s really about design, lifestyle and fun. Usually the first thing carbon fibre bike owners say is how much they paid for it. Ours are very light and definitely very impact resistant. That’s the focus.” 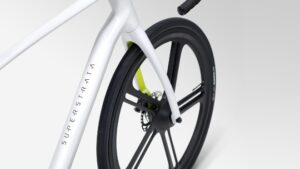 Looking to the future
R&D and innovation are vital to any industry – with technological advancements beneficial to all within the trade no matter how big or small your business is. And 3D-printing is sure to shake up how bikes are manufactured, providing more possibilities for made-to-measure models.

“The technology is unique so it’s actually quite difficult to do 3D-printing for carbon fibre,” says Vu. “There’s 3D-printing for metal and plastic out there, but carbon fibre is very difficult to work with. If anything, we’d love to be making frames for other people. The goal here isn’t to sell a bunch of bikes for Superstrata, the goal is to get the word out and to generate interest. If Cannondale or Specialized want us to print bikes or frames for them then we will – that’s our real business.

“We’re already getting quite a bit of inbound interest, so it’s just a matter of finding the right brand to start with and then grow with them. We’d like to make bikes for everybody.” 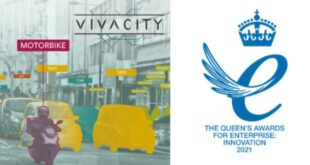 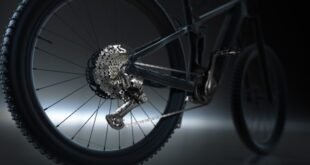 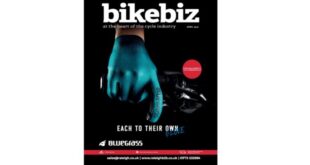