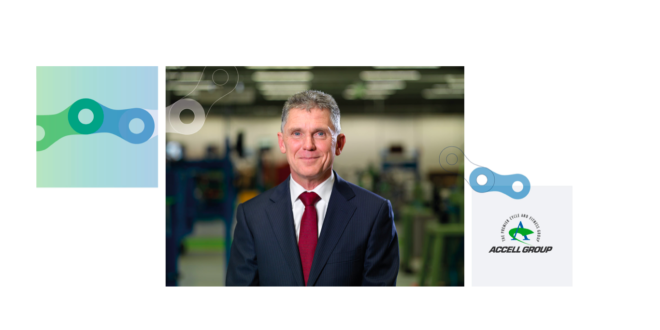 The future is electric for Accell

The Accell Group recently published a comprehensive breakdown of its business in 2017. The results showed a steep decline in profits, with an overall operating result of €38 million. This number represents a 37 per cent decrease on the previous 12 months, despite a “slightly higher” turnover of €1.07 billion in the same period.

The key factors that lead to the disappointing numbers, according to CEO Ton Anbeek, are performance in the US and Netherlands markets and higher one-off charges following an internal restructure.

The loss of a key customer was cited as a key influence on the US numbers, where the company was forced to take an extra write-down on surplus bicycle inventory stocks in the fourth quarter. This resulted in additional pressure on turnover and margin, plus a heavy operating loss for the region. The management team in the US were replaced in this time.

Positivity came in the form of the rapidly-expanding e-bike market for Accell, which accounted for 63 per cent of total bicycle turnover for the group. This represents a 19 per cent rise on 2016.

On the future of the company in 2018, Anbeek commented that a “consumer centric” model will be installed, with a greater emphasis on the growing e-bike market: “We will be making Accell Group even more consumer-centric by opting for a strong focus on e-bikes and a direct relationship with consumers via experience centres, e-commerce platforms and mobile bike services. We will always work on these developments via and together with our dealer network to avoid a conflict in channels.

“A second significant change was the decision to coordinate and manage corporate policy more centrally, while retaining the strong local ‘passion for winning’ and roots. Reducing complexity, rationalisation, standardisation and innovation geared to trends such as smart technology and urban mobility will play key roles in the continued strengthening of our competitive position for the future."

He continued: “The economic developments in the countries in which we are active seem positive. For Accell Group, 2018 will primarily be a year of transition. The roll-out of the refined strategy and new group structure will dominate the year. We expect to be in a position to show the initial results of the proposed reduction in complexity, together with rationalisation and standardisation this year. In addition, we will focus our efforts on the realisation of turnover recovery in the Netherlands and the turnaround in the US. We expect an increase in group turnover and a higher underlying operating result for 2018, barring unforeseen circumstances.”