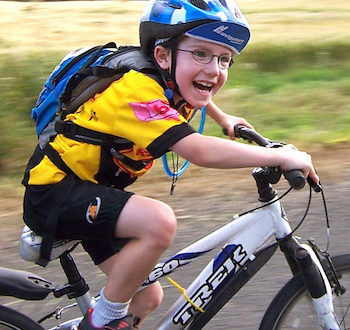 The future for UK cycling: How can we get more kids on bikes?

How can we get more kids on bikes? That was the challenge given by the Bicycle Association to the economic consultancy SQW. “The BA’s manifesto is based on data which tells us that we must get more non-cyclists onto two wheels,” Steve Garidis told BikeBiz. Garidis is the Bicycle Association’s relatively new operations director and he has been shaking up how the BA does things. The industry, he says, has to up its game. “We need to introduce cycling to children at an early stage,” he stresses. “There has to be sufficient long-term funding for high-quality cycle networks connecting urban centres, stations, schools, and workplaces,” he adds.

Of course, the Bicycle Association could not afford to build even a modest network in one small town – building dense networks of cycleways costs billions – but Garidis recognises that the industry can play an important part in advocating for national spend on such infrastructure: “the BA is calling for 10 percent of the transport budget to be spent on cycling on an ongoing basis,” he says. The BA’s manifesto also calls for “limiting motorised traffic speed and volume; and policy incentives to promote cycling such measures to improve access and affordability of bicycles,” Garidis points out.

SQW will be producing regular market reports for the BA. Its first warned that cycling’s £2bn annual benefit to UK was at risk because of falling sales.

The members-only Economic value of the bicycle industry and cycling was produced for the BA by SQW’s Michael Frearson and used government statistics, consumer trends data, travel survey data and bespoke surveys to generate an economic snapshot of the cycle industry. Amongst other findings, the study revealed a sharp fall in bicycle imports in 2016 and a troubling decline in children’s cycling over the past decade.

“There is little doubt that children today love cycling,” says Frearson. “In 2015, Ipsos Mori asked children how they would describe cycling: ‘cycling is fun’ was the resounding chorus. In 2014, The Association of Bikeability Schemes asked children what would make cycling more enjoyable, and most said they wanted a good bike, someone to ride with, and somewhere to ride to.”

Frearson asks: “Are these the voices of a lost generation?” His analysis suggested they were. “Almost all bicycles sold in the UK today are imports, and around once third of these are children’s bikes,” says Frearson “But family cycling today contributes less than 10 percent of the value of all bicycles sales.”

The bike industry fixates on high-end, sexy bikes, says Frearson, and well it might considering that – according to him – “cycling enthusiasts now contribute around half the value of all bicycle sales (with recreational and commuter cycling filling in the remainder).”

While this may be acceptable in the short-term, Frearson believes it’s very much unacceptable for the long-term:

“Children are still more likely to own a bicycle than any other age group, but the proportion of children who own or have access to one has declined steadily over the past decade. Moreover, children are making fewer trips and cycling fewer miles than five years ago. At the same time, bicycle ownership, trips and miles have increased for older people. Despite Britain’s trumpeted sport cycling success in recent years, the proportion of people who own a bike (less than half) and adults who ride a bike (around a quarter) remain unchanged. This presents a challenge for the bicycle industry and government. Bicycle marketing focused on high performance equipment does not reflect the cycling most people do, and is unlikely to get more people into cycling. Fear of cycling on busy roads, worry about looking silly in Lycra, anxiety over choosing and maintaining a bike: any of these is likely to deter the many people who can’t, don’t or won’t cycle.”

Frearson adds: “Fear of cycling on the road in particular is increasing, despite falling fatality rates. Without sustained investment in infrastructure, training and other interventions to promote cycling, it is likely that parents’ concerns will be transferred to their children, whose starting point we must remember is ‘cycling is fun’. Nurturing this intrinsic enthusiasm is essential if cycling children are to grow into cycling adults.

“Children need little encouragement to cycle, but they do need permission and support. Industry and government have a responsibility to promote and improve cycling for the vast majority of people who don’t yet cycle, not just those who do. If we are to secure the next generation for cycling, and amass all the transport and health benefits cycling offers, parents in particular must be persuaded that cycling could be, for them, an enjoyable and accessible form of family mobility.”