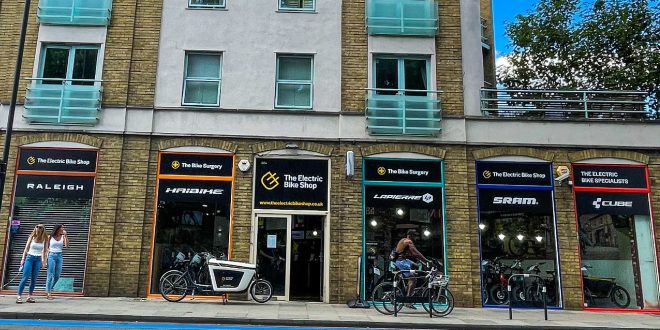 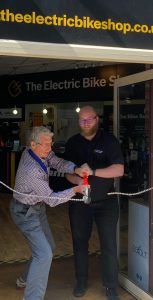 The store, located at 324 Battersea Park Road, SW11 3BX, originally opened in 2014 and was named as one of Britain’s Best Bike Shops by the readers of Cycling Weekly in 2017.

The store officially reopened as The Electric Bike Shop Battersea on Friday 5th August, bringing four jobs to the area. The retailer said it will be selling a fantastic range of electric bikes and e-cargo bikes from leading brands and addressing the servicing needs of all local cyclists within its workshop.

The Electric Bike Shop CEO Karl Haden said: “The e-bike sector is the fastest growing part of the UK bike industry and London holds the lion’s share of this emerging market. We‘re therefore delighted to announce the acquisition of one of London’s most acclaimed bike stores in order to jump-start our expansion into this important market.”

The shop itself is in a rapidly growing area with a great deal of local developmen on its doorstep, said Haden. The area boasts two new tube stations at Nine Elms and Battersea power station, and the CS8 (cycling superhighway), one of the main cycling commuter routes into the city centre, runs straight past the shop.

This is the retailer’s ninth store UK-wide and its first in the capital. “We can think of no better place to enter London the market and introduce our brand to a new audience,” added Haden.

The Electric Bike Shop last week announced that it is taking on four Pure Electric stores, in Southampton, Gateshead, Cardiff and Glasgow. All colleagues at these sites will be offered an opportunity to retain their job.

In early July, retailer Pure Electric announced it was putting all its focus into international expansion of its branded e-scooter business via pureelectric.com and 3rd party partners. As a result, it would be exiting from the e-bike market and closing the majority of its UK stores.