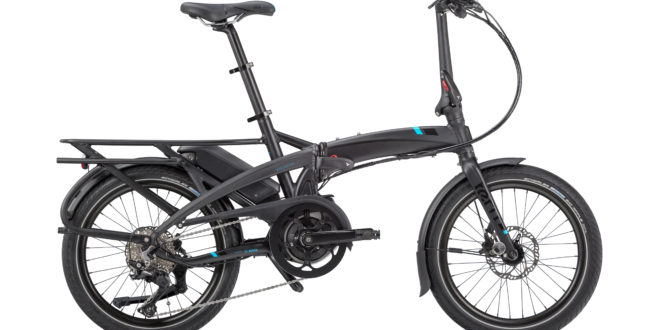 Tern has announced an upgrade to its Vektron folding e-bike lineup with three new models.

"The new Vektron is lighter, stronger, quieter, and more comfortable to ride," stated Josh Hon, Tern team captain. "And two of the new models sit at lower price points as well. No matter how good a product is, you can always make it better based on feedback."

The updated Vektron maintains its original compact fold and riding characteristics, but adds a number of improvements; Bosch’s new Active Line and Active Line Plus drivetrains are smoother, smaller, lighter, and more efficient.

The updated Vektron features a completely re-engineered frame and frame geometry. The cockpit is longer for improved comfort for taller riders, whilst the frame has been designed with additional forged and machined elements for additional strength without extra weight. The battery now reclines backwards, keeping the centre of gravity as low as possible for superior handling. The updated Vektron also stands up vertically when folded, making it easier to roll around.

With structural cues from the heavy-duty Tern GSD, the new Vektron rack has been strengthened and increased in size. This reduces flex for more secure handling. In addition, the centre of gravity has been lowered, making it much safer when riding with a child in a child seat.

The Vektron also features the new and optional Bucketload pannier. Engineered to fit every configuration of the Vektron, it can be used even when the upper rails of the rear rack are taken by other gear, such as a child seat or a basket. The Bucketload folds flat when not in use or when the bike is folded. It is also sized to provide excellent heel clearance without interfering when the bike is folded or being rolled.

"Quality matters when choosing a bike for transportation," stated Josh Hon, Tern team captain. "With strong sales of the Vektron, it’s great to see that consumers are recognizing Tern and Bosch as the top choice when they look for a portable e-bike."

The three new models include the Vektron Q9, the Vektron P7i and the Vektron S10. Shipping to the EU and the US starts in Q3 2018. The new Vektron lineup will be on display at Eurobike 2018. Tern’s booth is located in hall B4-405. 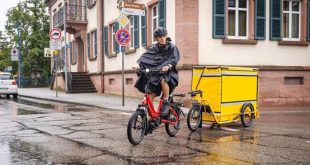