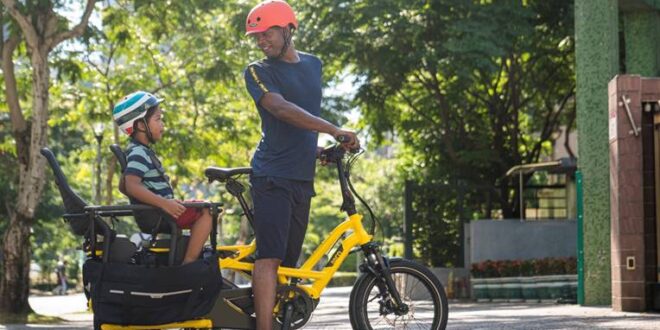 “The original GSD was a complete rethink of how an electric bike could be optimised for urban usage,” stated Joshua Hon, Tern team captain. “We think we did a pretty good job, but that was only version 1.0. Now that we’ve had tens of thousands of kilometres under the collective belt of the development team, and two years worth of rider feedback, we’ve been able to create a new GSD that does a lot of things even better.”

With a 200 kg (440 lb) maximum gross vehicle weight, the GSD can carry up to two kids or an adult passenger, plus groceries, and is the same length as a regular bike. It also has tool-free adjustments to fit riders 150 cm to 195 cm tall. The bike can be stored upright in small apartments and flat folds to one-third of its volume to fit in minivans or SUVs. 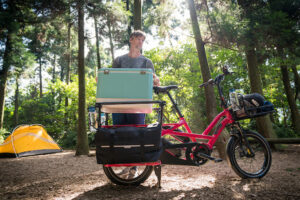 The new GSD has a new frame with larger and internally-reinforced tubes, as well as optimised truss work for more stiffness. The bike is also fitted with the patented Atlas lock stand – it has an Auto Lock feature when engaged and a Remote Unlock lever on the handlebars.

The new bike is updated to Easy-Step frame geometry, with a slacker seat tube angle and higher handlebars.

All GSD models now feature the Bosch Cargo Line (Gen 4) motor that’s designed for heavy loads and hilly roads. The new motor provides e-assist with up to 85 Nm of torque and 400% support and is also backed by Bosch’s warranty and service.

Every GSD is equipped with Tern’s RearStop Brake Light system which stays on day or night, regardless of whether the bike lights are on or off. Select models also receive the Ignis Headlight, which projects an ultra-wide 700-lumen beam and has selectable high and low beams.

GSD S00 and R14 models are equipped with a Gates belt drive and the GSD R14 is equipped with a Rohloff Speedhub and E-14 electronic shifting. Handmade in Germany, the Rohloff offers 14 gears, a 526% gear range and Auto Downshift.

Tern has also partnered with EFBE Prüftechnik to test the GSD using the EFBE Tri-Test, which is based on the recently-announced German cargo bike standard. The GSD has passed the Tri-Test up to the claimed load limit of 200 kg.