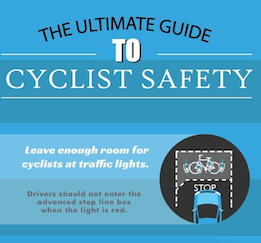 A new survey by eBikes Direct has revealed how ignorant British drivers are about the rights of cyclists despite daily contact.

The survey of 1,000 drivers from across the UK found that they regularly lose their temper with cyclists under the belief that they’re breaking the law or cycling without due care and attention. As a result, 39 per cent of drivers surveyed confess to having got angry with a cyclist.

Men are typically more prone to road rage, and they got angrier than women: 42 per cent compared to 37.5 per cent overall. The angriest region was the South East, where 80 per cent of drivers have verbally abused a cyclist.

When it comes to the law, 81 per cent of drivers believe that cyclists are required to remain on the left-hand side of the lane. However, it is actually legal for cyclists to ride in the middle of the road. Similarly, 65 per cent of drivers incorrectly believe that cyclists are required to cycle within a cycle lane if there is one – but cyclists can ride outside of the cycle lane and it is not against the law.

Over half of those questioned – 53 per cent – incorrectly believed that cyclists are not allowed on dual carriageways. And 55 per cent of drivers believed that laws should be passed that require cyclists to have insurance to ride Britain’s roads.

Finally, the survey found that 35 per cent of drivers do not check behind them when opening the door to their car on a road.

“A lack of knowledge about cyclists’ rights on our roads is leading to altercations and accidents,” said Matt Flanagan from eBikes Direct. “In order for us to all stay safe and happy on our roads, it’s vital that we equip ourselves with the right information.”