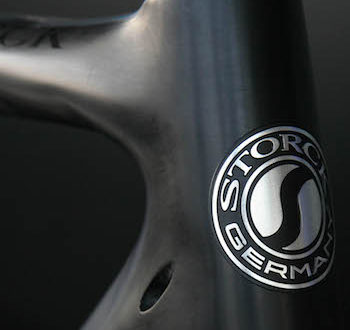 Storck Bicycle will be unveiling the Aernario.2 Signature frameset at Eurobike. The frame, fork and headset weighs less than a kilo.

With the introduction of a vacuum-controlled manufacturing process in 2007 the first Storck carbon frame with a weight of less than 800g went into production. The Fascenario 0.7 won the iF Design Award 2008.