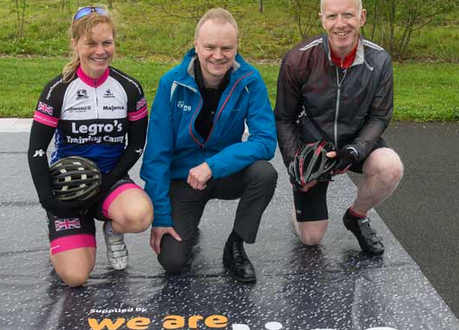 Despite advice from the Department for Education that schools are not responsible for pupils travelling independently to and from school, Cycling UK reported that at least three schools are implementing policies directly affecting pupils’ cycling journeys.

The organisation believes that these policies will seriously affect pupil uptake of cycling. Currently schools in Coventry, Surrey and St Albans are now regulating what pupils wear while cycling, with bike confiscation threatened should the student not follow their self-imposed guidelines. The charity has since written to these schools offering its advice on how to encourage cycling and make it safer for pupils.

‘Any reduction in pupil physical activity will have health implications,’ says a report published by Cycling UK. In the UK, one in three year six pupils are reported to be overweight or obese, and only 20 per cent of girls of that age meet physical activity recommendations. Measures introduced to regulate cycling typically have shown a 30 to 40 per cent reduction in the activity, with Sydney in Australia showing this to be as high as 90 per cent among teenage girls.

A recent poll of 931 people on Twitter by the charity showed an 87 per cent overwhelming supported the need for schools to do more to make their local roads safer, with 11 per cent saying cycle training should be more readily available and only two per cent advocating mandatory helmets and hi-vis.

The charity is now urging all schools and academies to do more to address the causes of danger to their pupils cycling and walking in. Schools should be urging local authorities to address parking, excess speed and road design near their gates, which put young people at risk. This could be through a range of measures including the introduction of 20mph zones around the school, speed bumps, and designated safe cycle routes.

“Our recent Twitter survey showed people felt safer local roads should be the greatest priority for schools. Head teachers have a powerful voice in their community which they should use to encourage their local authorities to adopt 20mph speed limits and traffic calming measures on the streets their pupils are most likely to cycle on,” he added.