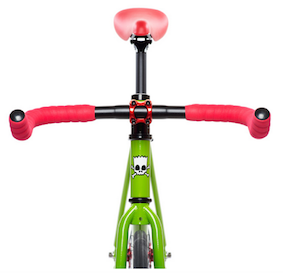 State Bicycle Co has officially launched its collaboration with Twentieth Century Fox and The Simpsons in the UK.

The range ­­­– which debuted to the public at last year’s Interbike Show – consists of three limited edition collections of complete bikes and frame sets featuring one of the three designs: the Bart & Crossbone, the Springfield Character Wrap, and the Color Block. Each collection has its own line of apparel to match that consists of a cycling bib, jersey, socks, and cap.

In addition, limited edition jerseys featuring characters such as Otto Mann and Itchy & Scratchy will be offered later this year, as well as accessory collections inspired by doughnuts which range from saddles to bottles and backpacks. “We could not be more excited to partner with The Simpsons brand. The TV show has been part of popular culture for so long and we feel the partnership will have emotional value to our customers,” said State Bicycles co-founder Mehdi Farsi. “We look forward to rolling out the line and celebrating the collection worldwide with both the core fans and the cycling culture.”

SVP of Fox Consumer Products EMEA Sandra Vauthier-Cellier added: “We are delighted to partner with State Bicycle Co on this stylish urban cycling collection. The unique designs are a mix of both subtle and direct references from The Simpsons, making the eye catching and contemporary product range ideal for both fans and cyclists alike.” 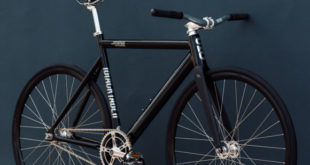 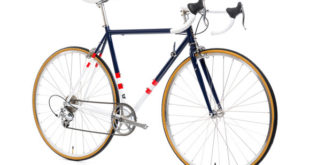 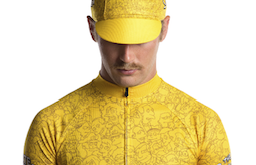