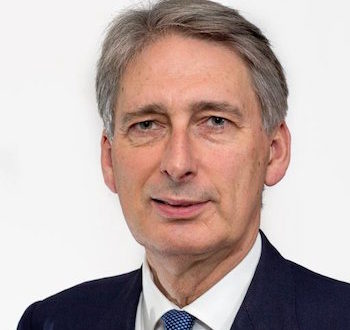 The Chancellor of the Exchequer’s Spring Budget introduced a £300m discretionary rate relief scheme which will be, er, a relief to some retail businesses who were worried about the government’s rebanding of business rates, bills for which will land on mats on April 1st.

Retailers face the biggest shake-up in the business rates system for almost a decade, with rises due to hit retailers already dealing with increased costs, many of them caused by Brexit. Because the rebanding is based on rentable values it’s likely that southern retailers (and businesses) will be harder hit than northern ones. Many independent shops in London – of all stripes – face a doubling of business rates.

In 2015 the government promised a "structural review" of business rates to take into account the increased competition shops face from online retailers. However, the current rebanding is unfairly targeting small businesses in honeypot areas, claim some retailers.

James Lowman, CEO of the Association of Convenience Stores, has welcomed the new fund: "The £300m discretionary fund given to Local Authorities could provide welcome relief to the hardest hit by business rates increases."

The Chancellor also announced future plans to review the way that different business types have their rates bills calculated, but did not commit to a timescale beyond "before the next revaluation."

What’s in the budget for bikes? Nothing, nothing at all suggests Road.cc, with a blank space where a "quick summary of the measures announced in today’s budget to promote healthy and green two wheeled transport" should be.

“We broadly welcome the announcement of a new congestion fund and we urge Local Authorities to prioritise cycling and walking as one of the most effective ways that congestion can be reduced. Research proves that creating more road capacity will lead to increased demand and congestion. Central Government must show leadership through this competition by rewarding Local Authorities who want to improve existing roads and make them fit for all road users, not just those choosing to drive.

“A shift to walking and cycling short journeys once made by car will not only reduce congestion on local roads but has the additional benefits of helping people be more physically active and healthier, reducing the burden on our NHS. Now we just need the Government to help lead the way to make this a reality.”

"Once again, the Chancellor has done little or nothing to help the already beleaguered independent cycle shop owner. While this government continues to talk of regenerating the nation’s high streets and supporting small businesses, this is all they’ve done. Talked. With high streets right across the country seeing continued diminishing footfall, out of town retail parks, with all the advantages of being free of revenue generating council traffic wardens are seeing a huge rise in footfall as are the internet giants."

Power added: "Hammond’s budget has done nothing for the many beleaguered, hard-working independent cycle shop owners, an increasing number of whom, are struggling to make ends meet. No doubt in my mind that this year will see record number of independent retailers closing their doors."