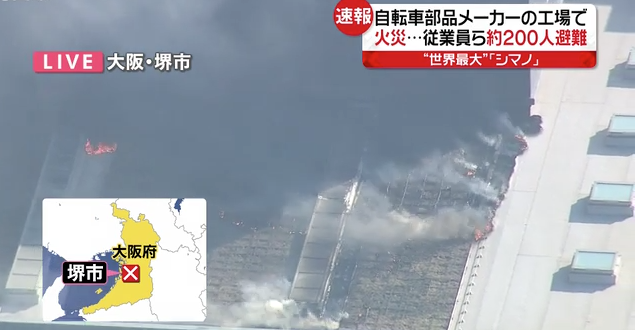 Shimano’s Japanese factory is on fire

Media reports say a security guard at the factory called firefighters around 1:45 p.m. local time. According to Asashi Shimbun, about 200 people evacuated the factory.

Shimano has now issued a typically Japanese apology for the fire:

"We profusely apologise to our shareholders, customers and stakeholders for all the concerns and the inconveniences that we have caused by letting this regretful accident occur.

"The fire occurred at the surface treatment area.

"Workers have evacuated a factory immediately and no one was injured.

"We are now investigating the cause of the fire."