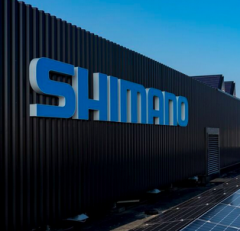 Componentry specialist Shimano has released a summary of consolidated financial results for 2016.

According to Shimano bad weather in early spring is said to have greatly undermined retail sales of completed bicycles in Europe, resulting in a continuing high level of distributor inventories, whilst North American retail sales also saw a decrease on the previous financial year.

The Chinese market also saw a loss on the previous year, with an economic slowdown and bad weather named as the top negative contributing factors to this.

The Japanese market, which has in previous years seen positive sales, saw a decrease in 2016 with high distributor inventories and weak community bicycle sales being a staple of the results.

As a result, net sales from the cycling side of the business decreased 17.4 per cent from the previous year to 259,455 million yen; operating income decreased 27.5 per cent to 57,874 million yen.

Despite this news, the company was recently bolstered with the introduction of a brand new European head office at the High Tech Campus in Eindhoven.

The state-of-the-art new build offices offer Shimano’s 180 employees a clean, spacious working environment with an emphasis on technology and culture.