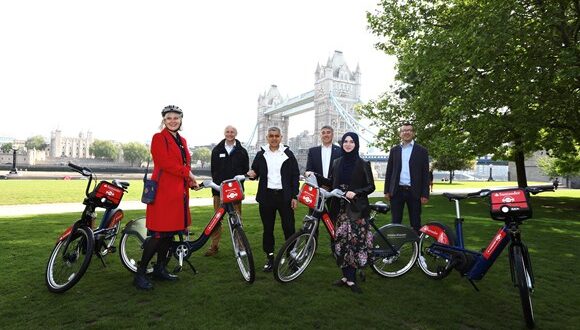 TfL has reached an agreement with cycle hire sponsor Santander that will see the financial services provider continue its sponsorship of London’s flagship cycle hire scheme, Santander Cycles, for another three years until 2025. 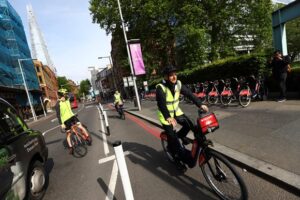 The extension of Santander’s sponsorship will support TfL as it moves forward with planned investment in cycle hire, ensuring the scheme keeps pace with its growth in recent years. The next three years will see Santander Cycles expanded to new areas of London.

It will also see the introduction of e-bikes to the fleet for the first time, with TfL and Santander working on plans to introduce around 500 electric bikes into the scheme from next summer.

Planned modernisation will also include updates to the Santander Cycles app, cycle hire terminals and back office systems.

Mayor of London Sadiq Khan said: “Cycling has been a lifeline for many Londoners over the past year and I’m determined to make it even more accessible to help us rebuild as a cleaner and greener city. Santander Cycle hire is key to this, so I’m delighted that TfL will be rolling out the scheme’s first e-bikes in summer next year and expanding it to cover new parts of our city thanks to Santander’s continued support.

“I’m so pleased that our city’s heroic keyworkers have accessed more than 100,000 free hires since we introduced the offer in March last year. I’m delighted that TfL is now developing a permanent discount for NHS workers as a token of appreciation.”

Nathan Bostock, CEO, Santander UK, said: “Since our partnership with TfL began in 2015, Santander Cycles has continued to thrive and is a great example of our commitment to supporting the communities in which we operate. Over the years we have worked hard to ensure Santander Cycles plays an important part in keeping communities connected and mobile in a healthy, sustainable and affordable way.

“From the creation of the hire app, the installation of the green safety Beryl Laserlights, to the introduction of contactless payment systems, we are proud to have brought innovation to the scheme and crucially helped people and businesses prosper along the way. We look forward to working together with TfL on the exciting plans we have for the fantastic scheme over the coming years.”

Andy Byford, TfL’s commissioner, said: “Our popular cycle hire scheme has gone from strength to strength thanks to five successful years of partnership with Santander. Santander Cycles have been at the heart of a cycling revolution in the capital and we look forward to expanding, electrifying and improving our offering with Santander, so even more Londoners and visitors can discover the benefits of cycling.”

Previous #BikeIsBest launches new campaign, The Best Tool For The Job
Next Top five jobs of the week – 28th May