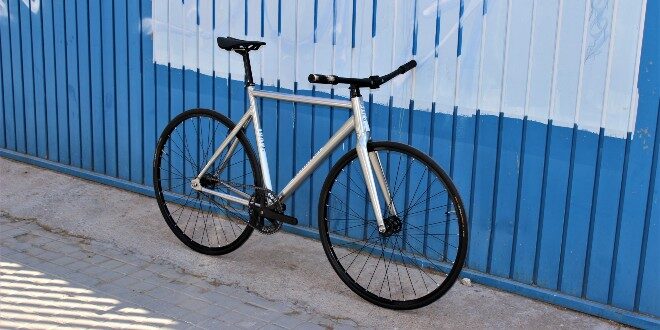 Santafixie is celebrating its tenth birthday this year, launching a series of limited edition products.

“In 2011, the world was different than the world now,” the brand said. “One of the things that has changed is the cycling scene. Apart from cycling on roads and in the mountains, urban cycling has become more and more popular.

“And Santafixie was there from the start, with their colourful fixed gear bikes, with which cyclists fly through the cities without brakes.”

Like many other brands, everything for Santafixie started in a garage. “To be exact, in the garage of the grandpa of Xavi Claveria; one of the founders of the brand. The first 30 Santafixie bikes were sold through a slightly shabby website (the programmer got paid with a bike in exchange for his work). This turned out to be a success.”

After this, Santafixie renewed its website and added more fixed gear bikes to its catalogue. The brand also extended its products with locks, helmets, wheels and other components. Sales started increasing, and in France the webshop increased in popularity. Santafixie then decided to translate the webshop and offer customer service in different languages including French, Italian, Dutch English and most recently German. 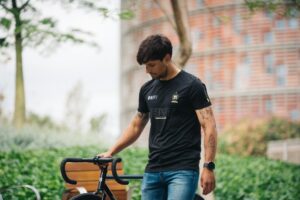 To commemorate these ten years, Santafixie has launched a series of limited edition products, including a Santafixie Raval Limited Edition X Anniversary, a Santafixie Team jersey and a commemorative Ass Saver.

Only ten of the Santafixie Raval Limited Edition x Anniversary bikes have been produced. Each of these has been labelled with a unique number. The frame has an aluminum mirror finish with a matte effect and comes with components from brands including H Plus Son, BLB, Deda and Selle Italia. 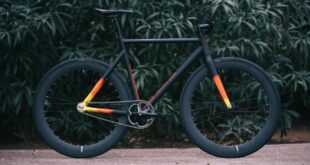