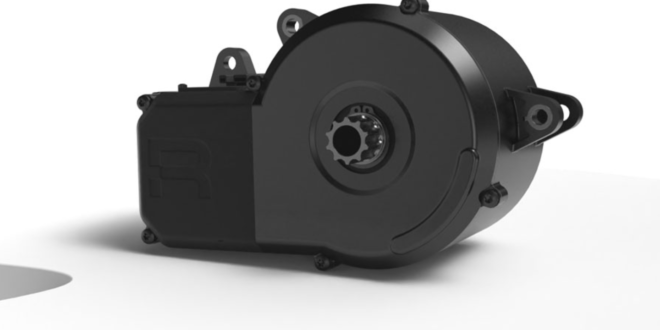 Revonte One to launch at Eurobike

Share
A new e-bike drive system, called the One, is set to launch at Eurobike next month.
It includes the motor, controller and app that enables a high degree of customisation from the bike manufacturer and also from the end-user.
“Revonte is an upcoming company among the e-bike motor manufacturers, that is launching a groundbreaking Drive Unit system,” said a statement. “The Revonte One System introduces a whole new way of how e-bike motors and controls are made.

“First of all, the Revonte One Drive Unit is stepless, can be run on an automatic mode and removes the need for a derailleur. Ingenious mechanical design is topped off with sophisticated software which enables a wide range of options or tuning and customisation.”

It continued: “The Drive Unit is the mechanical powerhouse of the One System. Based on time-tested and cunning mechanical design, it offers a wide gear range with automatic and stepless shifting – an unprecedented feature in the world of e-bikes.

“Only one chainring and cog are needed for power transmission, which makes the traditional derailleur and cassette design obsolete. The brawn of the Drive Unite is matched with an equal amount of brain.

“On top of being a feat of mechanical engineering, the system contains very refined electrical engineering as well. Power without control is useless.”