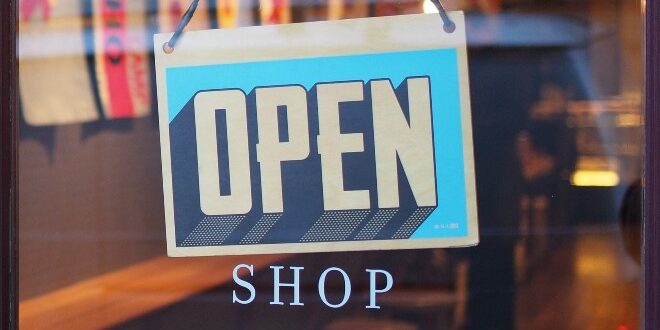 The future of retail post-COVID-19

COVID-19 has shaken up our lives in a way no-one could have imagined six months ago, including the way we shop. Thankfully for the cycling industry, bike shops were a notable exception to stores that were told to temporarily close when lockdown was announced, and while some did shut their doors early on for protection reasons, staff, management or customer concerns, others that have remained open have seen a boom in demand, proving just how essential independent bike retailers are.

But with high street stores still relying on physical footfall, many will have been hit hard by the COVID-19 pandemic as many consumers stayed in their homes and instead turned to online offerings.

And measures such as social distancing have meant retailers have had to adapt their businesses, with some operating by appointment only and not allowing customers into the shop, implementing ‘no browsing’ policies and even working from home. But with non-essential shops now being allowed to reopen, and other lockdown restrictions beginning to ease, how will the way we shop have changed moving forward? And how easy will it be for retailers to adapt to a post-COVID-19 world?

“Until recently, there was still quite a lot of resistance among the retailers themselves to open for safety reasons,” says Independent Retailers’ Confederation (IRC) chair Mark Walmsley. “Commercially, everyone’s pushing back into business, like the Government has been. There’s a very significant degree of uncertainty amongst the retailers themselves about how they could, whether they should, and exposure.

“There’s been quite a mood change, since restrictions have begun to ease off, and that may have eased back into retail. Some sectors have been trading throughout and they’ve had all the processes in place.”

But a lot of business will still have been lost to the internet, and, while this certainly isn’t a new trend among shoppers, it’s become even more prevalent as people stuck at home have had to rely on the internet to make purchases. Even for shops that have remained open, consumers may still have chosen to shop online to reduce their risk.

Online sales
According to the British Retail Consortium (BRC), UK footfall decreased by 81.6% in May, due to the mandatory lockdown – but this was a shallower decline than that seen in April. On a total basis, sales decreased by 5.9% in May, against a decrease of 1.9% in May 2019. But May did see UK retail sales increase 7.9% on a like-for-like basis from May 2019, when they had decreased 2.2% from the preceding year. In May, like-for-like has been measured excluding temporarily closed stores but including online sales – and this figure is primarily driven by online, says the BRC.

“Sales in May demonstrated yet another month of struggle for retailers across the country, despite an improvement on the previous month,” says Helen Dickinson OBE, chief executive, BRC. “Continuing the lockdown trend, office supplies, fitness equipment and bicycles all performed well, thanks to strong online sales, and DIY was boosted by the opening of garden centres.

“However, for those shops whose doors remain shuttered it was once again a tough month and even those who stayed open suffered reduced footfall and huge costs implementing social distancing measures.

“While the month showed record growth in online sales, many retailers will be anxious to see whether demand returns to our high streets [now that] non-essential shops [have] reopened. Weak consumer confidence and social distancing rules are likely to hold back sales.

“Furthermore, there are concerns that if Government support is withdrawn too quickly, shops and businesses will not survive. Until the situation improves, retailers urgently need support on rents and negotiations with their landlords as high fees could force some physical retailers to shut for good.”

Staying in the game
So now that more stores have reopened, how can retailers excite this high street format again? “It’s not just getting back and getting on with it,” says Walmsley. “Everything that’s been talked about now for many years about reformatting and reorganising becomes very sharp end stuff now. It’s time to do it – you’ve got to come back even better.

“It’s a huge challenge for most independents on their own and it needs a lot more coordination. We’ve worked so much more closely through this process because we’ve all been challenged in the same way. That kick makes you start thinking about what we want from the Government.”

But how much will consumers’ habits change long-term – and how much of this will have been brought about by COVID-19? “There’s a lot of pent up demand,” explains Walmsley. “Most people have been home and not spending a lot. There’s a surge there. But against that you’ve got the huge unemployment figures. A lot of people aren’t going to have work – there are going to be a lot of people who shouldn’t be spending money.

“There’s still a large degree of uncertainty out there but consumer habits have changed. Independents could never avoid online. They’ve always been behind the game in terms of development opportunities and they’ll have to improve offerings going forward.”

Independent retailers will always be important to the high street though, Walmsley continues, due to the quality of the product and services. But in order to encourage consumers to keep coming back, more needs to be done to make their offerings stand out. “I went to Venice in February – walking down those high streets is quite wondrous. There aren’t so many high streets you can say that about in the UK. They’ve become too bland. A lot of it’s to do with financial management and landlords and assured leases. We end up with everything looking the same.

“If we want to have width of choice and service, we need more independents. Cooperates’ formulas tend to be very proven, bland and boring. Independents tend to lead and innovate.”