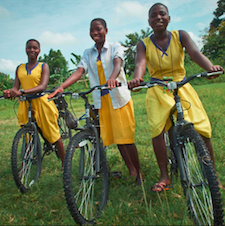 Re~Cycle bikes is helping to empower women in rural Ghana through the use and repair of bicycles.

Girls in many traditional rural areas are less likely to ride a bike than their brothers and are discouraged from riding as women. As adults, the lack of access to affordable transport effects their ability to make an independent living.

Many of Re-Cycle’s partners find that a clear majority of their beneficiaries are men and we are working at ways to eliminate this gender imbalance.

With funding and bikes provided by Re-Cycle, the Village Bicycle Project in Ghana has just finished a successful pilot project specifically aimed at getting women riding. Over 450 women in the Brong-Ahafo Region of Ghana have been given basic maintenance and Learn to Ride training, alongside affordable bikes.

Women community organisers promoted the project and this – along with arranging gender-segregated training – encouraged women from the local community to participate and helped overcome some of the cultural barriers that work against female bike ownership in the region.

Suzzy Baah, a trader at a local market, learned to ride and maintain her bike through the project. Suzzy is 27 years old with two children and needs to travel regularly to a local town to buy things for sale at her village. Before she owned a bike she relied on a twice-weekly bus service – which damaged her business because she would often run out of stock. With her bike, she can now visit the market whenever she needs to and her household income has increased.

The charity is currently looking for volunteers to help in its Warehouse, which is located just outside Colchester, Essex. Roles include unloading deliveries, preparing bikes for shipping, loading containers, dismantling damaged bikes for spare parts and sorting and packing parts for shipment. More information on these positions can be found here. 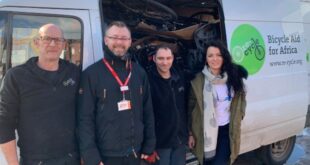 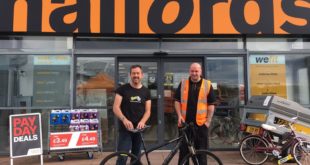 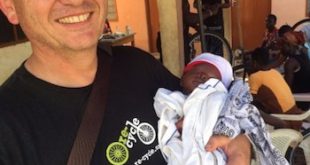