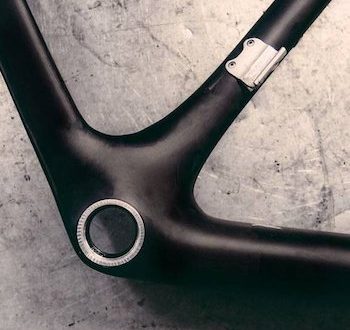 While just about every bike brand has its carbon bikes made in the Far East (see: "Cream, competent or cowboy – which factories are faking it?"), Allied Cycle Works of Arkansas is proudly "reshoring", or making its frames in the US. The consumer-direct company is part-owned by RZC, the investment vehicle that recently bought Rapha of the UK.

RZC was founded by two members of the billionaire Walmart dynasty, Steuart and Tom Walton, both grandsons of Sam, the retailer’s founder. They are passionate mountain bikers – through their love of cycling the Walton Family Foundation has contributed $13 million toward MTB trails in Northwest Arkansas.

Allied Cycle Works, founded only last year, is run by a stellar list of US bike industry veterans, alumni of brands such as Specialized, Orbea and Guru.

Plugging a new video, the company’s website promises: “We are going to be the most open, honest and transparent bike brand out there."

It continues: "We are going to show everybody how carbon fiber bikes are made. Nothing hiding behind the curtain.”

According to the company, “over the last two decades, most of the bicycle factories have closed and shifted their production elsewhere in search of cheaper labor. This industry now finds itself in a position where 99% of bicycles are made at a few massive Asian factories with brands obscuring where their bikes are made. Painting an Asian made frame in Europe does not make it European."

[Note: there’s nothing wrong with bikes being made in Asia – in fact, it’s completely the opposite, but that’s not to say making in the US ihas been hitherto inferior. For instance, some of Trek’s high-end carbon bikes are made in the US.]

"We dreamt that we could be successful designing, building and selling bikes that we loved without sacrificing our values: We are a premium American bicycle brand that actually engineers and manufactures our own products, right here in the USA, because it matters. Our goal is not only to make our bicycles here, it is to make them better and to prove to the world that composite bicycles CAN be produced in the USA."

Allied is staffed by, among others, Sam Pickman, formerly a key part of Specialized’s senior engineering team. (He worked on the current Roubaix and Tarmac bikes.) Chris Meertens is also from Specialized, and worked on the composites team. Tony Karklin came from Orbea USA. Olivier Lavigueur was a composites guy for Guru.

And there’s another Guru connection – the company bought some of the Montréal maker’s machines after Guru went bankrupt last year.

Allied Cycle Works is the public-facing brand of HIA Velo (HIA stands for "Handmade in America.") As well as selling direct to consumers, Allied has 30 or so IBD accounts in the USA, and is looking to expand its dealer-base internationally.

Perhaps in the fullness of time Rapha and Allied will team together for RZC-linked specials?