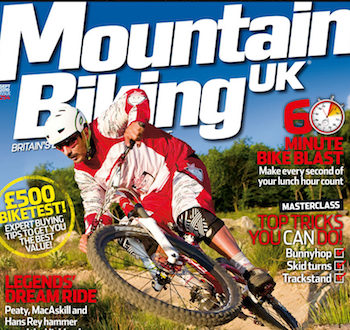 Immediate Media was formed in 2011 after the BBC sold its magazines division to Exponent Private Equity. Immediate paid £24m in 2014 for Future Plc’s magazine, including Cycling Plus and MBUK.

Immediate CEO Tom Bureau said: “Since we formed Immediate with Exponent in 2011, we have created a dynamic, thriving business. We have grown revenues and profitability substantially, and have invested in people, technology and business models.

“The business is primed for further growth, and I am happy that we have found a partner that shares our vision for growth and innovation. Burda is an exciting, global business and we are happy to become part of their network of entrepreneurs.”

Chipps Chippendale of Singletrack magazine remarked: "By our estimation, that doesn’t leave a whole lot of independent (or privately owned) UK mountain bike magazines left in the UK. There’s us here at Singletrack Magazine, Cranked and that’s about it."