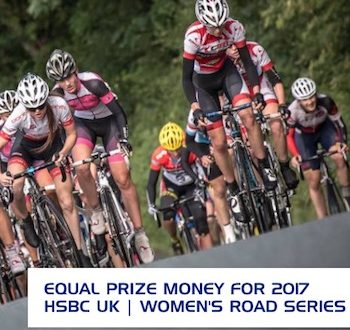 Pro men and women to get same prize purses this year

“We’re committed to getting one million more women on bikes by 2020 and equal prize money was a big part of this ambition when we launched our strategy three years ago.

“More and more women are getting involved in cycling, particularly at a competitive level, and we are confident that moves such as this one are heading in the right direction of addressing the historic gender divide in our sport.”

Share
Previous Super mechanics needed for London and Dubai
Next Average Brit hasn’t been on a bike for 9 years, claims heart charity