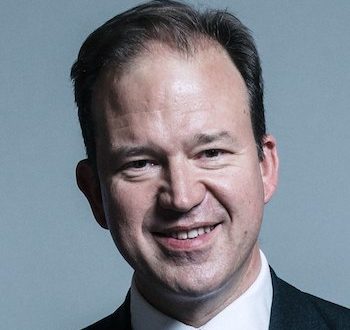 Roads minister Jesse Norman has today revealed details on some extra cash for roads, some of which will devolve specifically to cycling. There will be £151m to help local councils manage their roads better, an extension to the Cycling and Walking to work fund, and £4m for the Cycle Rail programme. In addition, there will be a £46m top-up for the Pothole Action Fund.

The announcement was made by Norman during a speech in York earlier today.

The DfT says 1 million potholes will be repaired with the top-up cash and will also be used for highways maintenance, developing new technologies to improve highways resilience.

Norman was in York to see the progress of the pothole-spotter trial and a new e-bike, which will be 11th vehicle to have cameras fitted to it as part of the cycling to work pilot, which is also running in Thurrock and Wiltshire.

The trial sees high-definition cameras fitted to bicycles, buses and bin lorries to monitor road conditions. It gives councils detailed information so they can fill potholes when they occur as well as plan resurfacing works and help prevent potholes and other road defects, says the DfT.

“People need great roads to get about, do business and see friends and family. We’re investing record amounts at present to improve the condition of our roads, so drivers and cyclists don’t have to dodge potholes to travel safely.

“We’re also looking at how new innovations can help councils keep their roads in the best condition, saving money and planning their maintenance better.”

The DfT says almost one million more potholes will be repaired by highway authorities in England, outside London, thanks to £46m of additional funding, which is on top of the £75m Pothole Action Fund already given to councils this year. The £250m Pothole Action Fund was announced in the 2016 Budget and will fix more than 4 million potholes by 2020/21.

The next round of the local highways maintenance incentive fund was also launched today with £151m to reward councils for efficiently planning roads maintenance. This money is part of just over £6 billion to authorities to help keep their roads in a good condition.

A new £500,000 competition will also challenge councils to develop pilot projects of new connected technologies for the collection of road condition and pothole data.

A further £4m will enable the government’s Cycle Rail Programme to continue to be funded next year. The project pays for high quality cycle parking built at stations and has seen bike journeys at participating stations increase by nearly 40 per cent. Since 2012, the Department for Transport has invested almost £35m to build cycle facilities at stations, including cycle hubs which are secure and have retail and repair facilities.

The pilot Cycling and Walking to Work fund will also be extended by six months, with Greater Manchester, West Yorkshire and Liverpool benefitting from a share of £1.6m.

The DfT has also published its latest "corporate report" today. This says that the Department wants to "increase the number of cycling and walking journeys" and that it will do so by delivering the Cycling and Walking Investment Strategy, "including providing £85 million for Highways England to make improvements to 200 sections of the road network in England for cyclists."

“The reinstatement of £4m of cycle-rail funding is a welcome relief, though it is still a cut from the £14.3m earmarked for cycle-rail in 2016/16. The rest of today’s announcement is not new money though, and is a far cry from the estimated £11bn we need to bring our roads into a state of good repair. Poor maintenance of our local roads, which are the most neglected, disproportionately affect people cycling – as shown by the worryingly increase in maintenance-related road injuries.

“A coroner recently urged the Transport Secretary to clarify new highway maintenance guidance that he felt had allowed Bury council to weaken its maintenance standards, resulting in a cyclist’s death.

Geffen concluded: "Instead of downgrading the standards and re-announcing old cash, there needs to be more funding to make sure our roads are safe.”

Sustrans’ CEO Xavier Brice said: “The £200mn package is a step in the right direction by the Government to make it safer and easier for people to cycle – and hopefully a harbinger of more to come.

“We know there’s a clear public desire to cycle more, and a huge demand for safe and high quality infrastructure to help more people choose cycling as their daily transport mode.

Brice added: “If local authorities are to meet the Government’s target to increase levels of walking and cycling, more meaningful funding is needed, through a rebalancing of road budgets to fund a broader range of transport options.”