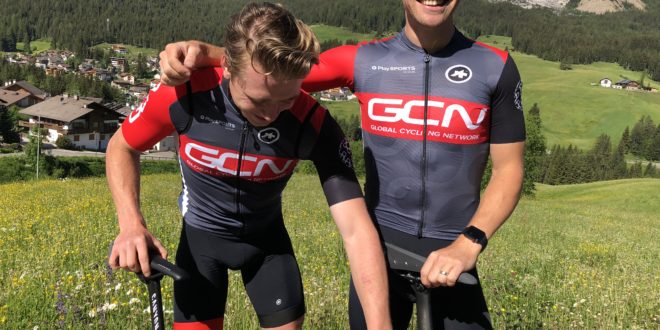 The Play Sports Network has announced three new additions to its presenting teams.

PSN’s channels have a current total of 931 million video views, with road cycling channel GCN growing since 2013 to become the world’s largest cycling network with over 1.3 million subscribers.

All three join the Play Sports Network as permanent members of the presenting teams.

James Lowsley-Williams commented: “Winning the OVO Tour Series with Canyon Eisberg in May makes this the right time to announce that I will be stepping down from professional cycling and stepping up to a new career with GCN as a presenter. Everyone at GCN has been fantastic in helping me make the transition and I look forward to working alongside a great team of people and promoting a sport that I love around the world.”

Chris Opie added: “Having just retired from competition it’s a fantastic opportunity for me to put 20 years of experience to good use. I hope to share my passion for racing, training and all aspects of cycling and I really look forward to the challenge of a new career ahead. Everyone has been very welcoming, really helpful and encouraging. I’m really excited to be joining GCN!"