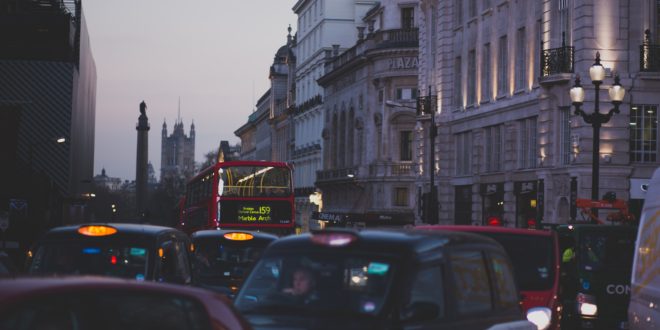 Transport for London (TfL) has announced that proposals to lower speed limits on TfL roads across central London will go ahead, following a positive response to its public consultation earlier in the year.

TfL will introduce 20mph speed limits on all its roads in the Congestion Charge Zone by early 2020 – mirroring the lower speed limits already in place on the majority of borough roads in the central London area.

The lower speed limit will be supported by new 20mph signage and road markings, as well as raised pedestrian crossings in seven locations where a high number of people walk, including near Embankment and Tower Hill Tube stations and outside the Tate Britain.

TfL will recalibrate all speed cameras in central London and use mobile speed cameras to ensure that drivers are complying with the new safer speed limit. It is aiming to complete work overnight to minimise the impact on road users and will use single lane closures, avoiding any roads being fully closed, subject to permits.

Additional comments were in support of making the streets safer, as well as more pleasant and welcoming, and encouraging more people out of their cars to walk, cycle and use public transport. There were also suggestions to roll out lower speeds as quickly as possible and to raise awareness of the new 20mph speed limit and improve driver behaviour.

The move is a key part of the Mayor’s Vision Zero ambition to eliminate death and serious injury from London’s transport network and will see 20mph limits introduced on 8.9km of main roads including Millbank, Albert Embankment, Victoria Embankment and Borough High Street. More than a third (39%) of streets in London now have a 20mph speed limit and the Mayor and TfL are hoping this will continue to reduce road danger and provide consistency for drivers.

Following public support for the plans, TfL is now accelerating proposals to bring safer speeds to some of the most high-risk areas in outer London. This includes proposals to lower speeds on Commercial Street and Whitechapel Road, where local communities are calling for safer speeds to make their neighbourhood a better and safer place to walk, cycle and enjoy.

Mayor of London Sadiq Khan said: “Every single death on London’s streets is one too many so I’m really pleased that Londoners have backed our plans to introduce a 20mph speed limit on TfL roads within the Congestion Charge Zone and at Aldgate Gyratory. By also bringing forward plans to lower speed limits in other parts London, we will help protect more people walking and cycling across our city.”

Penny Rees, head of network sponsorship at TfL, added: “We know that lower speeds save lives, it’s that simple. As more and more people choose to walk and cycle around London we must reduce the risk of them being killed or seriously injured. It’s clear people agree that making our roads safer will encourage Londoners to travel in more active and sustainable ways.”

Figures from 2016, 2017 and 2018 (provisional) suggest 128 people were killed in speed-related collisions on London’s streets. A further 2,256 people were reported as seriously injured in collisions where speed was recorded as a contributory factor.