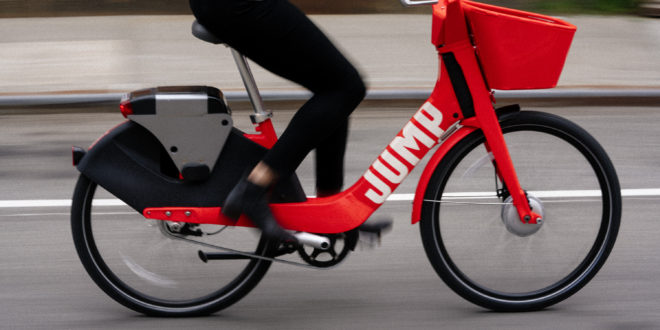 Uber has found that when traffic congestion is at its worst – which is from 8am to 6pm every weekday – people in San Francisco prefer to take a Jump share e-bike rather than an Uber car. Uber has owned Jump since April.

Uber policy researcher Santosh Rao has written that speed is the reason for the preference. "During congested times, mass transit or bike share are often faster than taking an Uber." (However, he added that such usage depends on fine weather: "when it’s raining, most people will prefer Uber or public transit over bike share or walking.")

And far from being worried that bikes are taking business away from cars, Uber’s transportation policy and research head Andrew Salzberg welcomes it. He told CNN: "This is having a positive impact on the things cities care about, notably congestion and reducing carbon."

Up to the beginning of July, overall trips by new Jump riders booking via the Uber app climbed 15 per cent, with trips in cars declining ten per cent.

"[Cities which] are serious about moving people more efficiently and fighting congestion should be leaning into the idea of allowing modes like bikes and scooters to be prevalent," concluded Salzberg.