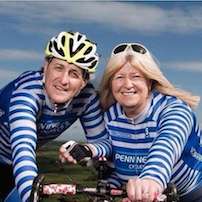 Bradford-based Sandra Corcoran has been shortlisted for the Northern Power Women Award for 2017.

Corcoran has been included in the finalists for the small business award due to her hard work and dedication as the director of Pennine Cycles. The awards – which are now in their second year – were created to showcase local role-models and celebrate the many different ways in which women are contributing to Northern business.

Corcoran commented, “I’m delighted to be nominated because it gives an example of a Yorkshire woman in business who grew up on a Bradford council estate and left school with no qualifications, and who is now a successful business woman and a role model to other women. I am passionate about encouraging women how it’s never too late to change the direction of your career; owning my own business is the best thing I ever did!”

Pennine Cycles previously won both the 2015 and 2016 Bradford Means Business Awards. This year the awards celebrates its seventh year, with Sandra Corcoran and co-owner Paul Corcoran having celebrated owning the Thornton Road–based shop for 17 years this month.

Share
Previous René Takens to step down as CEO of Accell Group in April
Next Bike-share schemes combat climate change, say companies as they merge