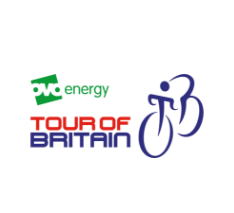 OVO Energy has announced its title sponsorship of the Women’s Tour 2017 and Tour of Britain 2017.

The new title sponsorship will see the events named the OVO Energy Women’s Tour and the OVO Energy Tour of Britain; for the first time ever, the leader’s jersey will turn green. OVO Energy will also sponsor the 2017 Tour Ride, which gives amateur riders the opportunity to take on the challenge of a route inspired by the Women’s Tour.

As a part of the announcement, all three previous Women’s Tour Champions – Lizzie Deignan, Lisa Brennauer and Marianne Vos will headline the provisional start list and line up in Daventry on the June 7th.

OVO Energy managing director Chris Houghton commented: "We believe in providing fairness for everyone, championing renewable approaches to energy, and using smart technology to make life simpler and better for all. Cycling is an intrinsically sustainable and innovation-led sport – with cyclists themselves generating millions of watts of power each day across Britain and adopting cutting-edge technology to manage and measure performance.

"Our partnership with the Tours began last year in Bristol and we’re thrilled to have expanded our involvement to become the title sponsor of the Women’s Tour and Tour of Britain, helping to enable a "free-to-view” sporting event to be brought to more fans across the country.”

Canyon//SRAM Racing professional cyclist Lisa Brennauer added: "I’m looking forward to returning to the Women’s Tour; there is always a great buzz around the race. Now with a new title sponsor OVO Energy, it will be great to see it become even bigger.”