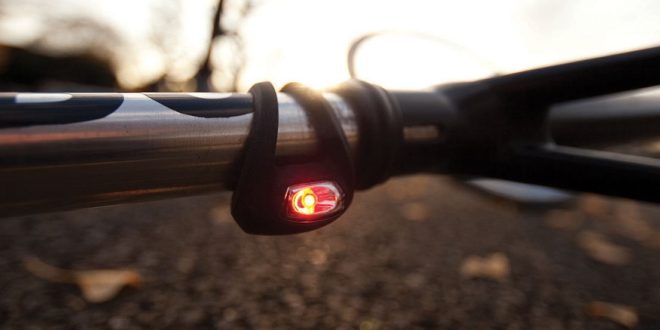 On your marques – what can manufacturers do to foil the fakers?

As well of employing in-house anti-counterfeit investigators such as Andrew Love at Specialized, or external take-down specialists such as Convey’s Michele Provera, bike- and parts-manufacturers could use monitoring services such as MarkMonitor Brand Protection which uses patented detection technology to scour the web for retailers selling fake goods. These online services have automated enforcement mechanisms including auction de-listings, payment processing de-activation, and can also send cease and desist letters and site take-down advisories to ISPs.

Litigation as a form of IP protection is an option for some brands. Knog of Australia makes lights and locks and recently cleared more than one million Australian dollars for a bicycle bell it placed on Kickstarter. Known for its edgy marketing, and out-there exhibition booths, the brand was created in 2003 by Malcolm McKechnie and Hugo Davidson, an industrial designer. Knog’s Frog lights – silicone-covered LEDs known as "hipster cysts" to BikeSnobNYC – were the brand’s first runaway success. They were also copied to death.

According to Knog’s website the company is "committed to protecting the integrity of our branding and design by securing registered trademarks, designs and patents in Europe and throughout the world. Our patents protect the innovation and inventiveness that go into our products. Our designs protect the unique appearance of our products. Our trademarks help you to identify the real Knog products from the "Knog-offs.""

Davidson told BikeBiz that protecting Knog’s IP "costs us a lot of money." The legal stuff is farmed out to a patent attorney.

"When we have a new product, or we need something that needs protection, that can take one of the company directors and three staff two weeks of rock-solid work," says Davidson. "If we go in batting to stop somebody it’s awfully labour intensive; 150 to 300 hours of work typically."

Knog’s first range of silicone-wrapped lights was easy to copy. "When the copies came out we saw an immediate 40 percent drop in sales," says Davidson.

"We went to a Shanghai patent attorney, and found the factories that were doing the copying, but it was very clear that they would start up again easily if we closed them down. It’s like playing Whack-a-mole – as soon as you hit one, another pops up somewhere else.

"We changed tack and moved to stop exports leaving the Chinese market by registering our patents in China rather than local markets.

"The fakers don’t just copy product and therefore take away sales they can also destroy a whole category. The reputation of using silicone for bike lights was damaged so much that people didn’t want to buy our high-quality silicone products because they’d bought rubbish ones – that put all silicone products in the same camp. Silicone lights were seen as a low-cost, low-quality product. Out of 65 markets we were selling into at the time maybe only six or seven markets – such as Germany and Switzerland, which kept faith with the brand and weren’t flooded with Chinese copies – kept on importing our silicone products, the rest had been put off by the cheap copies. The markets buying on price rather than branding are impacted the most."

For Davidson and Knog the secret is to get your retaliation in first:

"You can’t avoid releasing product because factories are going to copy it. What we learned through the silicone lights was we need to be jumping on the fakers much earlier than we had been doing. We didn’t originally see that storm coming. Much of the early stuff we did to tackle the fakers was after the horse had bolted. We now work with our patent attorneys to have a strategy that results in actions early on rather than let them fester. This doesn’t stop factories from copying, but we’re much more aggressive in how we deal with them earlier on."

Rene Wiertz, president and CEO of component brand 3T, said his company joined others in the industry by retaining Convey to handle take-downs and other forms of IP protection, but he also introduced a tracking system including costly holographic hallmarks. 3T also includes anti-counterfeiting messages on advertising. Innovation is also key, said Wiertz: "We upped the tempo of new-product releases, so counterfeiters are always behind the curve."

According to cycle-mad lawyer Robert Cummings of northern-England-based trademark attorney firm Appleyard Lees, there are various measures brands can take to minimise the risk of counterfeits and to enforce design rights:

"You can also register your trade mark and designs with UK and foreign customs authorities. China’s customs enforcement is continually improving and with the rise of the AIC (China’s anti-counterfeiting body which employs 500,000 people), it’s now more important than ever to register in China.

"Monitor online websites and file regular take-down notices. By hitting the merchants, this can deter and damage infringers. Eventually, they will chase a softer target.

"Document your design processes. If any when you need to enforce your rights, you may need to evidence your ownership and creation of your original products."

As noted elsewhere, Mark Sanders of Strida doesn’t recommend registering in every market – patent protection is expensive in the first place, and prohibitively expensive to police.

There are also real-world things that manufacturers can do to protect their products – there are numerous tech tagging solutions on the marketplace, and not all of them are just for big-ticket items.

(Of course, tagging systems are not effective at stopping those consumers who knowingly and willingly buying fake frames and parts.)

TRADEMARK VISION US company TrademarkVision is developing software that will be able to take a 3D scan of, say, a distinctive TT frame shape, and then monitor whether it becomes available from non-official sources. TrademarkVision currently offers a 2D version of this software to monitor logo rip-offs. The company was founded by computer-vision researcher Sandra Mau, and uses "deep learning" and a type of Google reverse image search to spot copyright-infringing graphics.

The search engine is currently in beta, with the company welcoming input from companies with design shapes they’d like to protect.

It’s expected companies will be able to upload 3D designs and search websites offering similar looking products. There would also be a monitoring element. So, once a 3D design has been uploaded, the software will monitor the internet and inform the rights holder once a potentially infringing shape is spotted. This could revolutionise the way knock-offs are currently swatted in the bike industry.

PROOFTAG More normally found identifying bottles of upscale wine Prooftag is a French tagging system that uses a "Bubble Seal" affixed to a product. Next to the random set of bubbles is a numeric code that can be checked online. As well as providing proof of a product’s provenance the code can link to generic marketing information: it’s a QR code on steroids. Prooftag’s bubble seal – which also shows evidence of tampering – is made from a polymer subjected to heat, producing a unique three-dimensional air-pocket pattern of bubbles that can’t be copied.

IZON The Izon Traceology tracking system from DuPont is a cloud-based product-verification system that tracks products and provides information such as batch, lot, and part number. The system uses 2D barcodes.

TRUTAG TruTag of the US produces "micro-tags", dust-sized particles made of silicon dioxide and embedded with customisable identification data that can be read by handheld optical readers.

SIGNATURE DNA Applied DNA Sciences Inc. of Stony Brook, N.Y., makes a code that can be embedded into ink on a protective label. The code is made from plant DNA. SigNature DNA is patented and produces a code readable by a hand-held device.

FYEO Unlike hologram labels which are now easy enough to fake Nautilus Security of Northern Ireland produces "Tilt to View" labels that can be applied to paper, metals and plastics. The company also produces "Invisible Images", the nano-embossing of a mark that can only be viewed by a proprietary, but cheap, lens.

BLOCKCHAIN  Blockchain Tech of British Columbia produces a register secured by the encryption technology that underpins bitcoin. The block chain is a gargantuan database with so many duplicates it can’t be gamed. The system can track a product from the assembly line to a distributor on to a retailer and then to its eventual rightful owner.