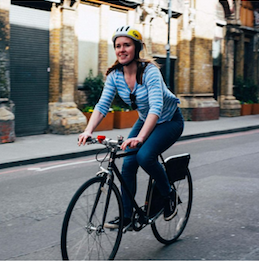 O.K Computers: Five cycling computers to take for a spin

Why do people love pedal power? It’s a broad question with thousands of answers.

For some, riding a bicycle is simply a chance to enjoy some much-needed peace and quiet along quaint country roads. For others, riding a bicycle is about adrenaline, pushing boundaries, and conquering nature on extreme trails and mountainous passes. A bike can be so many things to so many people, but one universal truth is that this two- wheeled vehicle represents the freedom to travel. We, as a nation, waste countless hours in cars, watching overpriced petrol burn out of the tank, just waiting for the engine to fail. A well-maintained bicycle, however, will work forever. The pedals will turn as long as you’re there to turn them.

Pat yourself on the back, you’re in the right industry. Congratulatory statements aside, if you want to go far on a bike, you may need a few other tools to keep you going. A new inner tube tucked away in a pack won’t hurt, a good lock will prevent your bike from getting stolen and a cycle computer will make sure that you get there. Even an amateur can just about navigate the formidable selection of inner tubes and locks that adorn the shelves of any bike shop in Britain, but cycle computers present a far more serious challenge to the hobby cyclist. The technology crammed into these tiny machines is coming along leaps and bounds. Below, we’ve complied a list of five cycling computers that we deem to be premier players in the market.

Beeline is a name that avid readers may remember. Last winter, we penned a piece on the company’s formation and its successful crowdfunding efforts. The Beeline device stands out from other cycle computers for its sheer simplicity. Sporting a 30mm screen, it provides succinct, basic navigation with its large digital arrow and a distance to the route end that either diminishes or increases in line with proximity. The screen is crafted from memory-in-pixel technology, meaning it lasts up to 30 hours of use, or up to three months on standby. It can connect to pretty much any set of handlebars via a specially crafted case tether made of strong silicone rubber. The Beeline may only perform one function, but in terms of useability, it exceeds expectations.

Whereas the Beeline presents a no-frills operating system, the Garmin Edge 820 has all the bells and whistles one may expect on a relatively high-end modern cycling computer. The unit features a full-colour, 2.3” high- resolution touchscreen, which displays Garmin store apps such as Strava in clear form. Behind the screen, the computer sports inbuilt incident detection and satellite navigation. For performance monitoring, it is capable of pairing with ANT+ speed, cadence and heart rate sensors or power meters to gather data on pedal power. It is also one of the first Garmin devices to feature what they call Group Track, meaning riders can create pack groups and keep tabs on where their fellow riders are onscreen.

The V650 model from Polar is designed to focus less on navigation – although like various other models, it does include GPS – and more on tracking and monitoring training sessions. Its 240 by 320 resolution, backlit colour display shows ride statistics, calorie information and recovery times whilst on the move, but the detailed recovery mode and motivational training tools are where the device really comes into its own. Polar’s operating system utilises its GPS through a simplistic mapping tool called OpenStreetMap, which is capable of download data blocks of up to 450km by 450km at a time and includes a guidance tool that shares routes from other users.

With the Mini GPS model, Lezyne has made clear that it is marketing this device as a no-frills cycling computer that can remain unobtrusive when attached to the user’s handlebars. Because of this, you’d be forgiven for assuming that it deals with only the simplest of functions, but the 29g unit actually packs in an impressive number of features. The Mini GPS is Bluetooth-compatible, meaning it is capable of syncing with smart power meters, heart rate monitors and cadence sensors, whilst the robust in-built battery is capable of holing up to 12 hours of charge. It will pair to both iOS and Android devices, and can display Strava Live Segments data, live tracking and phone notifications on the 22mm by 26mm screen.

The Elemnt Bolt is designed for optimum usability on both the inside and the out. With its aerodynamically efficient outer casing, the computer sits in optimum position over the user’s stem and clicks flush into a custom-designed mount, making it ideal for speed-hungry road users. On the front of the unit, seven coloured LEDs sit above the 2.2” backlit screen to provide the user with simple left-right directions in GPS mode; these can also be used to monitor performance in other modes. The unit is completely wireless and can connect to both iOS and Android to track rides and accrue ride data. With one of the largest internal batteries in the roundup, the Elemnt Bolt will deliver up to 15 hours of ride time.