Nottingham-based e-bike company WAU has opened a new factory in Essex as the firm continues to expand to meet ‘surging’ demand.

The site, which officially opened for production last month, is based in a central point for the firm in South Woodham Ferrers. After taking more than a year to develop, the new factory is already accommodating the rise in orders for electric bikes. 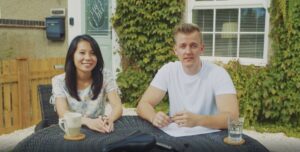 Following an employee training programme, six full-time engineers have immediately started working at the site, as well as two logisticians who will oversee all outgoing shipments nationwide. Founders Linas Pozerskis and Crystal Drury are already preparing for the next phase of WAU’s growth with plans to move into another expansion site within the next year, which will be close by to its new central plant in Essex.

“We’re delighted to open a new factory in Essex, we’re located right on the doorstep of one of the most demanding areas for e-bikes,” said Pozerskis. “Our products appeal to commuters, tourers, and couriers alike, across urban areas, and London’s bustling metropolis is the ideal location to launch our very exciting innovation and be at the forefront of the continued e-bike boom.”

Drury said: “We are delighted that the sales of e-bikes are continuing to grow. All stars have aligned from ongoing Government cycling infrastructure to a very powerful social movement in micro-mobility demand, which will further rise urging us to grow in scale to cope and support the ongoing revolution forward. We have been in our new factory just shy of a month and already we have filled the space to the brim, with ongoing production to work through a high number of incoming orders.

“Linas and I are immediately looking to strengthen our company’s vision, through a wider expansion of our production/software, workforce, funding and fulfilment speed in order to lead as the key long-range, smart e-bike company standing out from the general high street crowd.”

Pozerskis added: “WAU is an internally driven and ambitious company, with a forward-thinking approach, our plans include growing our workforce to 200-400 employees and creating a giga site for e-bike production with very exciting innovation forward.

“We’re excited to see what our new factory in Essex will bring and more importantly, it will aid us to further connect with the quickly growing local rider community and learn from their direct feedback.”

Colorado-based Outside Inc. has reportedly told staff that it would be laying off between 85 …