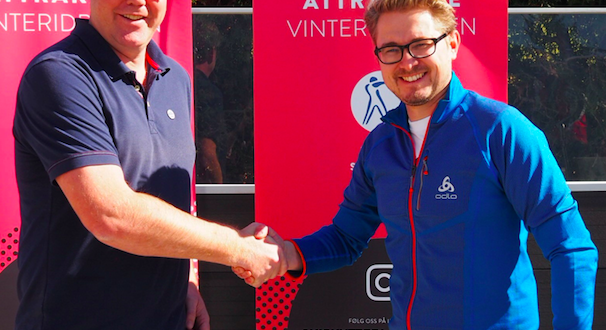 Odlo and the Norwegian Biathlon Association have announced a new partnership.

As part of the new relationship, the performance sports brand will soon take on the role of official supplier of the Norwegian Biathlon Association.

To announce the collaboration, COO of Odlo Knut Are Høgberg and director of marketing and communications at the Norwegian Biathlon Association Magne Vikøren met in Corrençon-en-Vercors, France, where the Norwegian team is currently training.

This partnership will be effective for four years – starting from May 2018. “We are excited to be working again with one of the best teams in the world. Born in Norway, Odlo showcases its commitment to its history and the Norwegian athletes know the quality and design of our performance products,” commented Odlo CEO Christophe Bézu.

“We’ve set the bar high for our sporting ambitions, as well as for the equipment we use. That’s why we look forward to cooperating with Odlo and benefit from their expertise and technology as we seek new unforgettable moments for our athletes and fans.”