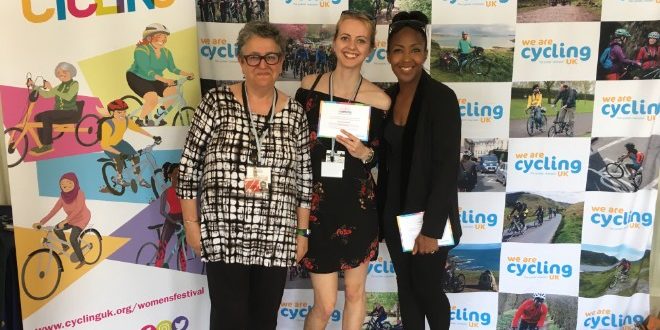 Cycling UK has launched its annual search for 100 Women in Cycling, to help inspire more women to cycle and close the gender gap.

Cycling UK programme manager Lucy Watherston said: “Cycling UK is striving for equality in the world of cycling. Despite being an activity that can be enjoyed by everyone, women are still hugely underrepresented. The 100 Women in Cycling celebrates women who encourage others to get out on their bikes and break barriers.”

Launched on International Women’s Day, the ‘100 Women in Cycling’ annual list celebrates inspirational women from across the UK’s cycling scene and forms part of Cycling UK’s Women’s Festival of Cycling.

“We’re looking for women who act as community champions teaching cycle confidence, maintenance and repair or how to ride,” added Watherston. “The list also celebrates sporting heroes who inspire others, influencers who are shaping the conversation to include issues affecting female cyclists and industry moguls who are breaking the mould in a male-dominated field.”

“I have worked in the world of cycling for a long time, but I’ve never come across such an extensive and inclusive celebration of all aspects of women’s cycling, and the people within it,” said Glowinski. “There are so many exceptional women in the world of cycling and it’s great that this list helps to empower even more women to get on their bikes.”

Nominations are now open for 2020’s ‘100 Women in Cycling’, with the final list due to be published when the Women’s Festival of Cycling begins on 11th July.