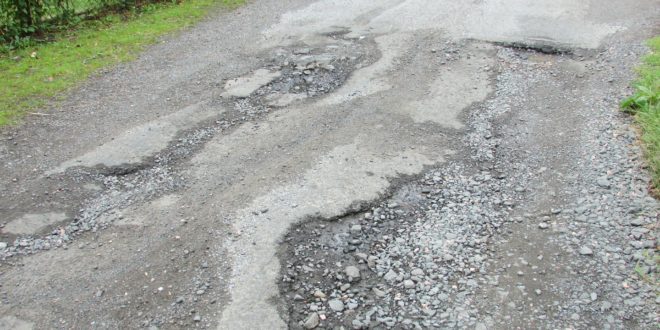 Nine out of ten councils ‘failing to fix potholes on time’

Only one in ten local authorities are meeting their own target times to fix potholes and road defects, research published today by Cycling UK has revealed.

The charity, which runs pothole reporting app, Fill That Hole, has said riders are at risk across the UK from hundreds of thousands of dangerous potholes left unfixed.

Cycling UK is calling on the Government to offer a long-term funding strategy, with the Asphalt Industry Alliance estimating that the current backlog will cost £9.79 billion to fix. The charity has said the Government needs to adopt a ‘fix it first approach’, to get the local roads in order.

“While the Government talks about ‘levelling up’ the country’s infrastructure, the reality is that millions of miles of roads in the UK aren’t fit for purpose in the first place, and cyclists are being put at risk,” said Keir Gallagher, campaigns manager at Cycling UK. “The small increase in pothole funding in the budget, from £1.3 billion to £1.5 billion in the next year, will do little to tackle the huge backlog of cases which have built up on local roads across the country.”

Out of 85 local authorities which provided information via Freedom of Information (FOI) requests, only ten successfully filled all identified potholes within their target time. North Tyneside Council was one of the most effective authorities, repairing all 39,258 identified potholes on time between 2015-19. Wakefield City Council was the worst performer, managing to fill only 13% of reported potholes on time. Other low performing authorities including Newham (32%) and York (46%).

“The simple truth is that local authorities cannot deal with this issue without a long-term funding commitment from Government, enabling them to plan ahead as opposed to constantly trying to play catch-up with the ever-expanding pothole crisis,” Gallagher added.

At least 448 cyclists have been killed or seriously injured in crashes involving road defects over the past ten years, with three deaths in 2018, the last year with available data.