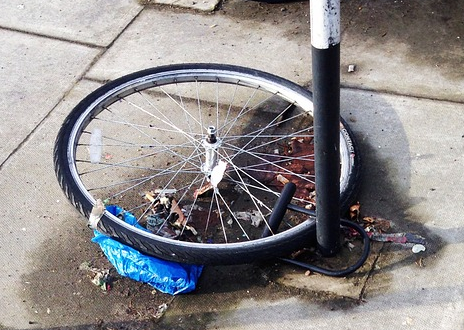 The results of the 2017 National Cycle Crime Survey have been revealed following last week’s Cycle to Work Day.

The new national survey provides an insight into bike ownership, theft profiles and the most popular security measures used to protect them including locking, marking and registration.

Commissioned by BikeRegister, the national cycle database, the survey exposes bike habits of nearly 1,400 cyclists across the UK including how much they spend on a bike, how they protect it and what their hopes are for cycling in the future.

Bike theft occurs from a wide range of locations, but most common is from home – 61 per cent – often from a shed or garage, outside shops –18 per cent ­– and outside work – 11.5 per cent. The survey shows that of the 1,386 respondents, 50 per cent have had a bike stolen. Of those, more than 43 per cent have had two bikes or more stolen.

The majority of bike theft victims reported their loss to the police. While there were those who felt that the police did at least some investigation – 37 per cent –, there were others who felt they did not – 50 per cent.

Police liaison officer at BikeRegister Nick Roach said: “I speak to police officers all over the UK who are frustrated that they can’t effectively investigate cycle theft as many victims are often unable to give them any information other than perhaps the make and colour.”

More than half of the mostly-male respondents use their bike primarily for fitness. While over 40,000 cyclists pledged to commute to work via bike for Cycle to Work Day, the National Cycle Crime Survey reveals that more than a third already use their bike for daily commuting of up to an hour. It also shows that commuters tend to store their bike outside work – 34 per cent – or inside a secure building at work – 46 per cent. Less than ten per cent leave their bike at a transport site.

Most bike owners – 92 per cent – report using bike locks to protect their bikes, with the D-lock or shackle lock the most popular, followed by the cable lock. 39 per cent of cyclists said they use two locks. They lock the front and back wheels and the frame to secure the bikes to something solid and fixed. Nearly 30 per cent spend £50+ on their main bike lock. GPS trackers were used by just three per cent of bike owners to protect their bikes.

Other significant data from BikeRegister shows the most common bike colour sought by thieves is black, with Specialized the most targeted cycle brand. London, Oxford and Bristol are in the top ten most targeted cities for bike theft, while East London has a reputation as the bike theft hotspot area of the Capital.

Most bike owners who took the survey are very concerned about security – 78 per cent – and want things to change in the future. To cycle more, bike owners want safer cycle routes – 69 per cent. 42 per cent want more secure public bike storage and 30 per cent want fewer vehicles on the road. 40 per cent of respondents would like to see more bike lockers and secure bike park facilities; and 22 per cent want harsher penalties for cycle thieves.

Share
Previous Flare to make its Cycle Show debut this week
Next Could protests mar the historic Giro d’Italia start in Jerusalem?