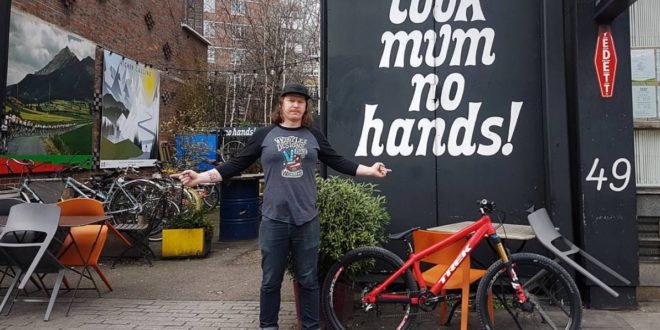 Zuchowski will provide suspension fork and shock servicing, frame bearing replacement, brake bleeding, tubeless set-up, custom bike builds and Invisiframe application. He said: "I’ve been a mechanic for 18 years and counting. The last few years I’ve spent working in Soho Bikes, apart from that I did some work for big chains and really tiny shops too."

LMNH founder Sam Humpheson said: “By moving the entire Soho Bikes workshop set-up from Berwick Street to Old Street, the aim is to provide as much continuity as possible for customers. If you used to go to Soho Bikes you can now come to LMNH for a very similar experience and range of services."

Humpheson founded the LMNH workshop in 2010 having previously been a mechanic at Action Bikes before moving on to work at Cyclefit in Covent Garden and Sigma Sport in Kingston.

LMNH now has five mechanics on its books, including Big Dave, Keith, and Nelsy Casallas.