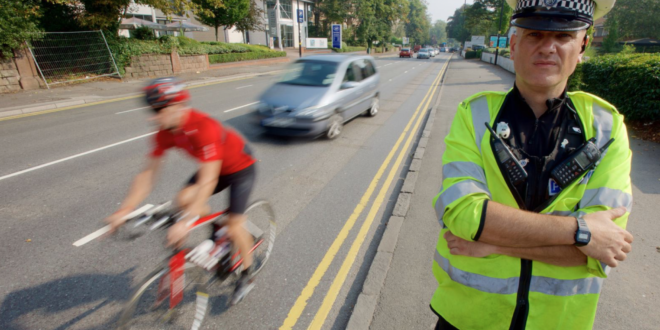 Driving instructors will be offered bespoke training to ensure cyclists’ safety is at the forefront of their minds when they teach new drivers, in a pilot initiative launched today by transport minister Jesse Norman.

Alongside this training – backed by up to half a million pounds of funding – the government is also launching a new UK-wide initiative to help the police crackdown on the dangerous practice of ‘close passing’, of cyclists. This includes greater leeway for police forces to fine motorists for such dangerous driving.

Police forces will also be supplied with more training materials and support so more drivers are made aware of the need to leave safe distances when overtaking cyclists.

"We will only achieve our ambitious aims [to get more people cycling] if people feel safe when they walk and cycle.

"We shouldn’t only concentrate on catching and punishing drivers when they make a mistake, but try to ensure that they have the skills and knowledge to drive safely alongside cyclists in all conditions."

Bikeability – a government-funded training standard for cyclists – will run the training for driving instructors over the next year.

"Cycling groups are telling us that, on the whole, motorists are becoming more considerate and understand we will prosecute them if they endanger vulnerable road users. We’ve seen reports of close-passes halve in the West Midlands since we started the project and the number of cyclists seriously hurt in collisions fall by a fifth − that’s incredible against a backdrop of increasing numbers of people cycling on our roads.

"Drivers who endanger vulnerable road users need to understand that we run operations to catch them, and if they avoid our officers we can still prosecute them using footage provided by cyclists and other motorists."

In 2015, the Bicycle Association paid for a "how to overtake cyclists" video fronted by Chris Boardman.