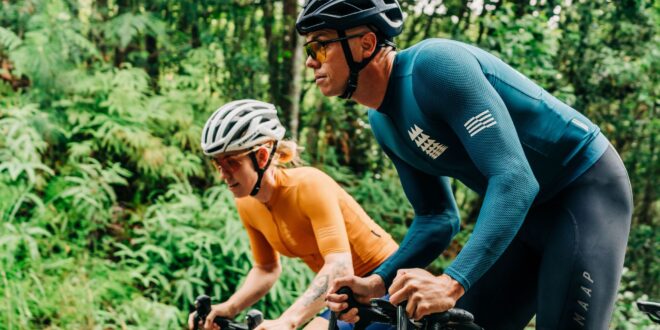 Melbourne-based cycling apparel brand Maap is looking to expand in the UK market, recently opening its first London office. The current space, located at The Pill Box in Bethnal Green, is a small workspace but features plenty of Maap’s clothing to offer visitors such as myself the chance to see its collections up close and get a feel for its quality. And the area is only temporary – the brand is looking at where it can find a permanent address in the city.

“We wanted to get here, have a look around and see which borough Maap is best suited to, get some riding in, meet some people and start to build a community around here. It’s not just a London thing, it’s definitely an entire UK plan that we have,” said Andrew Montgomery, UK/EU brand manager.

On the decision to move European operations to the UK, Montgomery explained that, coming out of the pandemic, a time which also saw the UK leave the European Union, it was becoming a lot harder to do business in the UK.

“Even just the basic things like shipping a jersey to a customer, something which we took for granted before, now became extremely difficult. The strategic decision was to move the office here, to the UK.

“Post-Brexit the UK market, which had always been one of our top markets for the business, had started to drop off. For that reason, we made a strategic decision to move me out of Italy and back to the UK.

“We went from Italy where we were one member of staff to now starting to grow our team out as well. Operationally, we’ve now got our own UK warehouse and we’ve also got a UK website, so even previously, before Brexit, people from the UK were shopping in euros. All these things have been done to help the people of the UK post-Brexit and make it a lot easier for them.”

Established in 2014, Maap’s aim is to develop the art and progression of cycling through a considered approach to style, innovation and performance. When Montgomery first arrived, the brand had six stockists across Europe, now it’s up to 45-50. “Where we are different in the UK,” Montgomery continued, “is that we have a lot of fashion-focused stockists, which are key for us because a large part of our mission statement when we started as a brand was to blend the fashion world and the cycling industry together, and bring a fashion element to cycling.

“To have stockists like [luxury department store] Harrods, [men’s style destination] Mr Porter and [fashion and luxury goods boutique] Browns is massive for us. That’s probably where the markets differ, in that we don’t really have the same fashion elements in European countries, for now. In the UK, people also tend to spend a lot more money on clothing.” 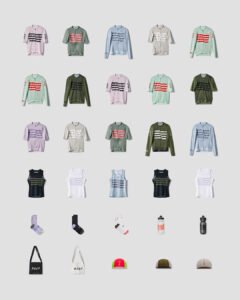 Recent product launches from Maap include the new Emblem range of jerseys, base layers, and accessories like bottles and caps, featuring Maap’s M-flag logo.

The brand has also joined forces with performance eyewear specialists 100% to create the Maap x 100% Hypercraft sunglasses. The sunglasses have complete full-spectrum UV protection, including UVA, UVB and UV400 wavelengths, and are available in silver and copper colourways.

Spinning plates
Feedback since moving over to the UK has definitely been positive, Montgomery continued. “I think a lot of people were a bit inquisitive as to what our plans are in the UK. We definitely want to be more active, going to grassroots events and races. We’re working hard on that aspect in the UK.

“There was also that negative that we were actually leaving the European Union and we weren’t going to do business there anymore, which is not the case at all. Having been there for the last five years and having the support from the guys in Australia, those plates are now spinning, and so we need to get the UK one spinning again. We’re still definitely in the European market, we’ve just changed houses.”

Sustainability is also a big focus for Maap – it’s one of the leading things it questions before it does anything, Montgomery said, from apparel to campaigns.

The brand is a Bluesign System partner – Bluesign’s independent and thorough verification takes a holistic approach to assessing sustainability, calculating the environmental impact of the entire process from raw material to finished product. This ensures the lowest possible impact on people and the environment.

“That’s definitely a badge of honour that we carry, [Bluesign] audits us from when we select the fabrics all the way to how it goes into the customers’ hands. In terms of the fabrics, the manufacturing process, and minimising the movement of the product around the world, we’re really, really good.”

Montgomery also highlighted a female jersey that the brand produced at the end of last year, which had ‘jeresey’ written on it, quite prominently. But instead of taking them all back and sending them off to landfill, the brand decided that for every jersey that it sold, it would plant a tree.

“It’s at the front of everything we do, it’s one of the key pillars of the company. It’s something that’s close to the founders’ hearts as well,” said Montgomery. 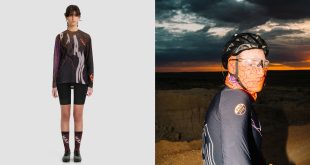 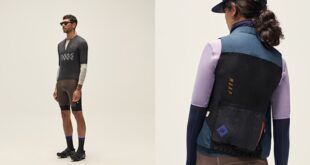 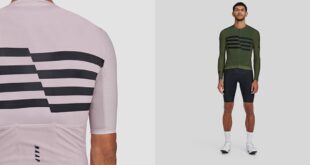