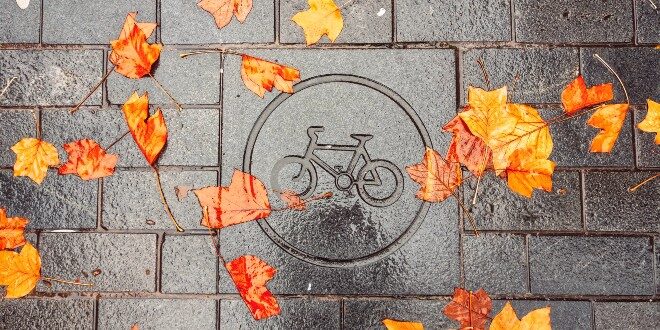 Manchester has the most cycling commuters per capita in the UK, data from Strava Metro has revealed.

Manchester, where over 400,000 cycling commutes have been recorded this year, is closely followed by Bristol, Newcastle, London and Cardiff as the most popular cycling cities per capita in 2021.

However, Strava Metro data also revealed that Londoners are the most likely to record a cycling commute in the country with the highest number logged.

Strava Metro has collated unique totals for cycling commuter trends in the UK, including:

– This year, Brits have recorded the equivalent of 360 years of cycling commuting throughout the course of 2021 alone
– In total, Brits have clocked almost 30 million miles this year whilst active commuting – equivalent to going to the Moon and back 60 times
– In the past three years, British cycling commuters have recorded almost 120 million miles – roughly the same as going to Mars and back twice

Following the COP26 climate conference in Glasgow, the data also helped reveal the amount of carbon output that was reduced by more commuters choosing active travel over car transport.

This year alone, 13,000 carbon tons were saved by cycling commuters, which is a carbon offsetting equivalent to planting 650,000 trees, or to taking 6,500 cars off the road for a year.

In London, cycling commuters offset more than 9,000 tons of carbon, equivalent to 3,700 homes’ energy use for one year.

Manchester cycling commuters most frequently opted for Oxford Road, Manchester Road and the Bridgewater Canal, whilst in Birmingham – Hurst Street, Bristol Road and Worcester and Birmingham Canal came out on top.

Strava Metro also produced heatmaps of the most popular cycling routes in the three biggest cities.

Michael Horvath, co-founder and CEO of Strava, said: “The rise of active travel seen during the pandemic is becoming the new norm in cities around the world. It is a great privilege to be able to share Strava Metro data free of charge with over 1,500 partner organizations and advocacy groups, to help increase social equity, inform planning, and improve infrastructure.

“When cities are empowered with data insights, we support the growth and popularity of active travel in the long run.”

Chris Boardman, transport Ccommissioner for Greater Manchester, said: “It’s fantastic to see Greater Manchester leading the way on the number of commuters who chose to travel by bike and that’s before we have wide-scale provision of connected routes.

“It’s no coincidence that the current number one route is Oxford Road which is where we have quality, segregated lanes in place. The appetite is clearly there to ride when it feels safe.

“As we roll out the UK’s largest cycling and walking network, we’ll be enabling even more people to leave the car at home and get to schools, shops and workplaces under their own steam. I’m looking forward to seeing the numbers rocket.”

Richard Nickson, TfGM’s programme director for cycling and walking, said: “In Greater Manchester, we take a data-based approach to planning and investing in active travel.

“Strava Metro data is helping us understand how people are travelling actively in the city region, supporting our active travel planning, reporting and analysis.”