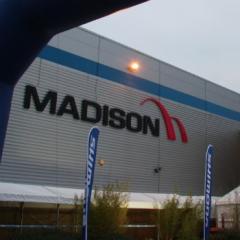 Freewheel is to make a return, possibly as soon as 2018.

The Freewheel retail catalogue helped to kickstart the mountain-bike boom in the UK, and had been founded to cater to the earlier touring-bike boom of the late 1970s. The concept was launched by South Africans Errol Drew, Patrick Barker and Brian Stewart who founded the distribution company Madison from London bike shop, Beta Bikes (this is still a bike shop, and is currently a Cycle Surgery).

The relaunched Freewheel will be part of Madison’s new Professional Retailer Programme to be launched at the Icebike* trade show. A statement from Madison said: “2018 will see the introduction of an industry-first website joining all members of the Partnership programme together along with all specialist bike retailers who buy from Madison and Sportline.

“This website will bring together the convenience of the internet and the expertise of the local bike store and provide the consumer with the best of both worlds. This is a huge investment in technology from Madison, designed to support IBDs and drive consumers to their stores.”

2018 will see the introduction of an industry-first website joining all members of the Partnership programme together along with all specialist bike retailers who buy from Madison and Sportline.

The Freewheel catalogue was Madison’s trade and mail order operation. It also spawned franchised bike shops of the same name – there were 30 of these shops at one time, with the last one, being Freewheel of Nottingham, which is no longer trading. Freewheel sold and promoted Madison own brands such as Pakit pannier bags, Aztec brake blocks and Grab-on sponge handlebar pads. The catalogue also introduced Revell touring bikes (made by Mercian and Dave Yates) and Ridgeback mountain bikes.

“Ridgeback being the first UK MTB in 1983 is our biggest milestone,” Madison’s Toby Howes told BikeBiz in a 2014 interview. “Credit needs to go to the company’s founder Errol Drew who back in 1982 at the New York Bike Show, spotted a strangely robust bike that looked as if it was the two wheeled equivalent of a 4WD car. With a high degree of conviction I recall he said, ‘Toby, this is the future of cycling’. I will also admit that at that moment, I didn’t see the potential of this ‘mountain bike’ as strongly as he did.”

Madison’s post-Freewheel retail programme was called Ultimate Pursuits. This was mothballed in 2009.

BikeBiz Awards: Vote now for the service to the industry awards 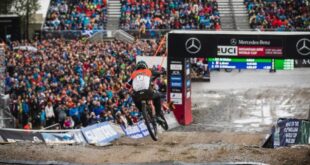