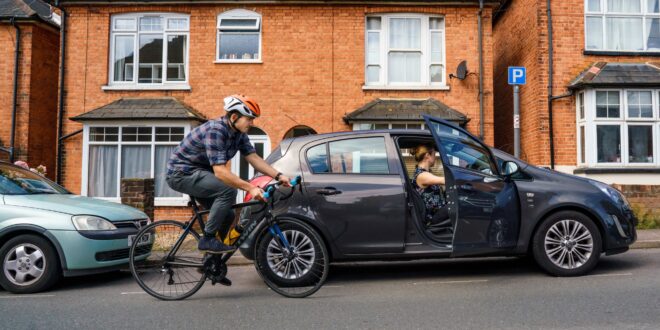 The updated Highway Code set to come into effect this weekend could create a “mindset shift” that will make the roads safer for everyone, said Cycling UK, but the charity has warned that this will only be possible if the changes are communicated by the government as part of a long-term awareness campaign.

To help ensure the messaging is clear, Cycling UK has created a suite of online assets including graphics, videos and cartoons which is free for the public to download and share.

“The latest changes to the Highway Code are a hugely important start towards a mindset shift that will make the roads safer for everyone – not just for people who chose to cycle or walk,” said Cycling UK’s head of campaigns Duncan Dollimore.

An AA survey of more than 13,700 drivers carried out in January showed 33% were unaware of the changes, including 4% who had “no intention” of looking at the details. “The changes in our driving behaviour however will only happen if the government commits to communicating them with simple accurate and memorable messaging in the long term,” said Dollimore.

The government has committed £500,000 towards promoting awareness of the Highway Code changes in two phases beginning in mid-February and concluding in early summer. Cycling UK has welcomed this initial move but is urging the government to commit to a long-term awareness campaign.

Dollimore added: “We’ve seen the public’s attitude shift on seat belt use and drink driving. This shows entrenched driving behaviour can change. The new Highway Code requires a similar shift, and it can happen again but not overnight.

“To make our roads safer for everyone, the government must be looking in terms of years not month to communicate and eventually enforce these changes.”