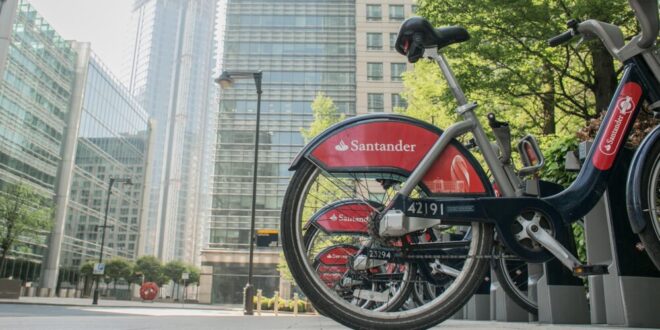 Cycling in London could present a huge boost to the economy (Picture: eduardovieiraphoto)

The Mayor of London’s ambitious targets for reducing carbon emissions could create 25,000 bike industry jobs, according to the Bicycle Association (BA).

In its latest report the BA, national trade association for the UK cycle industry, has analysed the impacts that boosting cycling could have in the capital, finding we could see a boost of £5 billion to the economy if London authorities hit their carbon targets.

Mayor of London Sadiq Khan has committed to making London net zero carbon by 2030, which means the city would no longer be reliant on fossil fuels contributing to climate change.

But to meet his ambitious targets, which also include aiming for 80% of all trips to be made by walking, cycling, or public transport by 2041, there needs to be a significant increase in cycling levels, the BA said.

According to the association’s research, 14% of Londoners cycled at least once in 2020, equivalent to an additional 90,000 adults in London compared to pre-pandemic figures.

Using the Bicycle Association’s new Market Data Service, which provides data on the sale of cycling products and services, the organisation found that the total turnover of cycling in London was around £160 million last year.

There is room for even further economic boosts as London moves towards its 2030 targets, but there needs to be significant investment in cycling infrastructure and programmes over the next 10 years, along with further restrictions on road traffic to help increasing cycling numbers, the BA said.

But if London is able to increase cycling six-fold by 2030, the wider health, environmental and productivity economic benefits would be worth £4.8 billion, according to the report.

That same six-fold increase in cycling would also created an estimated 25,000 cycling-related jobs, on top of the existing 6,000 to 8,000 jobs currently in the capital.

Chief executive of the London Cycling Campaign, Dr Ashok Sinha, said: “London is showing strong leadership by targeting net zero carbon status by 2030. A large-scale shift to cycling from private car use is essential to achieving this. This must-read research shows that investing in high quality cycling infrastructure will not only enable this shift, but generate a huge number of new, green, career opportunities, especially for the most disadvantaged Londoners. It will also help create new business opportunities that will help revitalise London’s hard hit high streets.”

The BA found that 4.7 million car journeys every day were cyclable – half of them under 3km. That makes 14% share of short trips by bike a realistic ambition, as more than 80 cities worldwide have already achieved or exceeded this goal.

Simon Irons, the Bicycle Associations Market Data Service director, said: “By 2030 it’s not just the positive environmental benefit of net zero which will be dramatic – but the economic benefit too.

“Our market data is probably the best of any cycling market in the world – tracking nearly a million cycling products and services every month. We’ve used this data to help forecast how big the bicycle economy would be when London becomes a zero carbon city. We want to share this information with Londoners to show just how economically valuable cycling is. Then we want to do the same for every region of England and the devolved nations.”