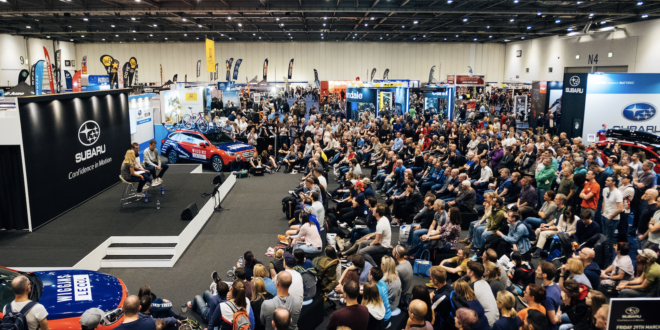 The London Bike Show and Triathlon Show: London has announced the final ticket sales for the 2019 edition of the shows, held at London’s ExCel.

This year was the first show produced by Newtimber Media, having taken over from previous organisers Telegraph Events, with Frazer Clifford now the owner of the three day event. A total of 20,201 tickets were sold.

Clifford said: “We are over the moon to have had the support of both the industry and visitors for our first shows as Newtimber Media. Myself and the team have worked tirelessly over the last year to bring the show back to its best and we have made great strides in doing so this year. Yes, there is still room for improvement, and we will continue to consult with exhibitors and visitors over the coming 12 months to ensure we create an event that everyone can be proud of.

“Our new dateline at the end of March has proved very popular all round. Next year, which will be the tenth anniversary of the London Bike Show, we won’t be clashing with Mother’s Day, so fully expect footfall to increase substantially.”

Matt Lawson, CDO of Ribble Cycles, said: “This was a return to the London Bike Show for Ribble after a few years away. It provided the perfect platform for us to launch new products, showcase our entire 26 model range, allow the public to test our bikes on the test track and to personally meet our sponsored athletes. It was also offered the opportunity to engage with our customers and the wider cycling public and to use the show as a vehicle to further promote the Ribble brand. All in all an extremely positive and successful experience. Really looking forward to seeing everyone again next year.”

This year female attendance soared to 29%, up from 16% in 2018. Hosting both a discussion and workshop during the weekend, Helen Wyman, who spoke on both the Casquette Live stage and Subaru Performance Theatre at the show, commented on the outcome of a greater presence of women’s voices at the shows: ‘I’ve never seen this many women at any bike show I’ve ever been to’.