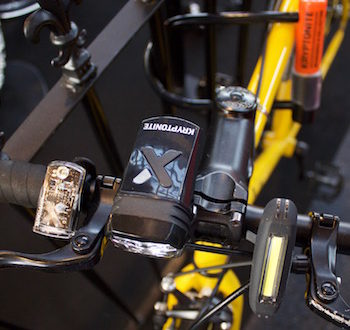 Kryptonite is expanding into USB-rechargeable urban bike lights. The Street Light series is the result of a link-up with Dutch lighting company AXA which Kryptonite’s parent company Allegion bought in 2015.

Prices start at c. £20 retail for the 14-lumen Avenue front and rear set, and go up to £42 for the 275-lumen Alley set. The lights are also available individually – all are backed by a two-year limited warranty.

The Street Light series is available in much of Europe from the end of September.

Earlier this year Allegion also bought the German lock maker Trelock. The company is headquartered in Ireland, and was a 2013 spin-off from Ingersoll Rand.