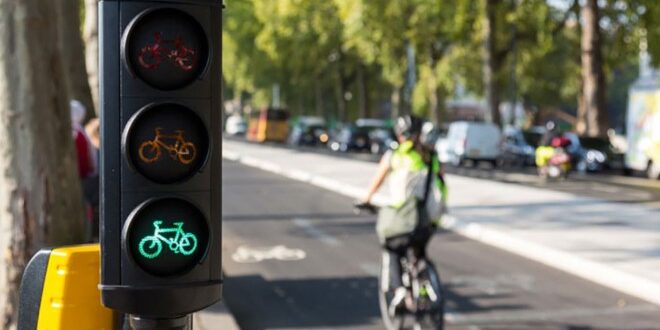 Local roads: what are the priorities?

Rebecca Morley listens in to a Westminster Energy, Environment and Transport Forum policy conference where speakers met virtually to discuss the funding of local roads, maintenance and preparing for future challenges

Poor road surfaces and a lack of quality infrastructure are some of the key barriers to cycling that people face. More than two in five UK citizens aged 16 plus never cycle, rising to over half of women, according to a study earlier this year from Savanta. A third of those surveyed said they don’t cycle more because it’s too dangerous – with the research pointing to key worries overall: cars, heavy good vehicles, bad road conditions, buses and lack of cycle lanes.

The UK’s local road priorities were the topic of discussion at a Westminster Energy, Environment and Transport Forum policy conference in April where speakers from the Department for Transport (DfT), the RAC, Cycling UK and more met virtually to discuss funding and maintenance priorities for local roads, priorities for road users and integrating active travel systems.

Delivering value for money
Following the opening remarks, the first speaker was Gary Kemp, policy advisor, local infrastructure division, DfT, who said £1.5 billion will be provided for local highway maintenance for this financial year. “All of the ministers I’ve worked for are acutely aware of the importance of the local road network. By length, 98% of the roads in England are local roads. Almost every journey starts and ends on one,” says Kemp.

“Our ministers understand that a safe and reliable network is good for social wellbeing, it improves connectivity to schools, shops and jobs, and it boosts the local economy.” The long term settlement for local highway maintenance was set to be settled in the spending review, in the autumn, Kemp adds, which may now be changed due to COVID-19.

“At last year’s transport select committee, the then roads minister Jesse Norman gave a commitment that the department was very keen in the spending review to get a long term settlement that would provide real uplift in funding for local highway maintenance.”

Regardless of what the long term settlement is, Kemp says the department will expect to see increased efficiencies from local highway authorities. Delivering value for money will be more important than it’s ever been – for obvious reasons.

“We will expect to see more collaboration between highway authorities and the increased adoption of innovation,” Kemp continues. “We want to see highway authorities sharing their ideas and their lessons learnt. If that means pulling resources, so that unaffordable pieces of kit can become affordable, or trying new ways of working that otherwise couldn’t be done without collaboration, then we would really encourage that.”

Going forward, Kemp says, highway networks will have to adapt to an increasing digital world and future proof their roads in some way. “The way the roads work in the next 20 years will see more changes than the roads have experienced since the introduction of cars. But that might give opportunities to local highway authorities.”

Stop and start
Another important issue raised was the condition of our local roads – with research published earlier this year by Cycling UK revealing that only one in ten local authorities are meeting their own targets to fix potholes and road defects.

David Giles, director, Asphalt Industry Alliance (AIA), spoke of the ongoing impact of a stop/start approach to funding: “Looking ahead to the future and considering that one in five local roads is now classed as ‘in poor condition’ with less than five years structural life remaining, one thing is clear – whether your vision for the future of the local road network is to support the Government’s levelling up strategy and social cohesion goals or to underpin the shift to a zero-carbon economy, you simply wouldn’t choose to start from this point.

“And as 25 years of the AIA’s ALARM survey has shown, the network has been significantly undervalued and underfunded by six successive prime ministers and 17 transport secretaries. There needs to be a fundamental shift and not simply drones flying around as the idea for a way of shifting the costs. Local authorities have told us that there’s been a pattern of short term cash injections accelerating decline, followed by years then of underfunding.”

This has resulted, Giles continues, in budget shortfalls and contributes to an ever-rising bill in the cost of putting our roads right. Over the last decade, the total highways budgets have been a long way from a sustained investment pattern.

“It’s very encouraging to hear from the Chancellor his intentions to try and rectify that situation but the reality is we just haven’t seen that over a long period of time,” Giles continues. “The pattern has been one of stop and start. And once we take inflation into account, highways maintenance budgets in 2020 are still 17% lower than a decade earlier. And yet, in the meantime, the local authorities have additional targets to achieve.

“What’s needed is a sufficient and sustained highways maintenance budget that allows local authority roads to be maintained in a way that prevents the potholes from occurring because they are the symptom, not the cause, of the problem.”

The ALARM data shows that, structurally, around 51% of the local road network is reported to be in good condition, down from 55% reported the previous year. And if we look over a long period of time, Giles says, there’s been an increase.

But what would it take to fix the local road network to support what the future holds? Giles (who points out that the data is COVID-19-free) says that, according to local authorities, it’ll take 11 years and cost £11 billion to bring the network up to a position whereby it could be maintained cost-effectively.

“We’ve been arguing for this additional £1.5 billion for ten years as an absolute minimum investment. We simply have to grasp this nettle, and it’s going to cost a lot of money – even more now we’ve had the COVID-19 situation.”

A Cinderella area
Martin McTague, policy and advocacy chairman, Federation of Small Businesses, also spoke about the condition of local roads and the spending issues that surround this. “Only 20% of the public expenditure is on local roads, but they’re three-quarters of the journeys and 64% of the distance travelled. This is a Cinderella area that is fundamentally badly served,” says McTague.

“One sure way we’ve found of linking public concern to the condition of local roads is to talk about potholes. There were 700,000 new potholes in the last year, that’s 15 times bigger than the Grand Canyon – this illustrates the scale of the problem we’re dealing with.

“When the Conservatives came to power they had a manifesto pledge to repair potholes – so it’s important to hold them to account, even given the pressure on budgets with the COVID-19 crisis.”

The case for cycling
When it comes to discussing local roads, it can be easy to just talk about cars and forget about some of the more vulnerable road users – including cyclists. Roger Geffen, policy director, Cycling UK, argued that cycling has a whole range of benefits, one of which is tackling congestion – which a recent report found cost the UK economy £6.9 billion in 2019, an average of £894 individually.

Cycling also has efficiency benefits in terms of space – a typical lane of a typical road can carry 2,000 cars per hour or 14,000 bicycles, and ten bikes can park in the space of one car. People who cycle regularly take fewer sick days and are more alert, Geffen says, and the economy of the high street can benefit too – more people arrive at the shops by walking and by cycling than most traders assume.

“It’s also good for tackling air quality,” continues Geffen. “If the average car commuter shifted it to cycling, they would save 7% of their average carbon footprint. Encouraging cycling is a not-insignificant contributor to tackling the climate crisis, and of course, it has huge health benefits.”

Geffen says that while electric vehicles can help tackle air quality and make a difference to greenhouse gases, they still contribute to congestion, physical inactivity and road danger.

So what can local authorities do to encourage cycling?
“Historically, cycle planning in the UK has been to provide a bit of a cycle lane here and there, disconnected cycle facilities where there’s a bit of spare cash and space, and they usually give up at the junctions,” Geffen says. “This is where cyclists most need protection – 75% of cyclist injuries happen at or near junctions.”

Geffen also spoke about the need for greater separation when there is a high volume of traffic, implementing measures such as 20mph speed limits and also having some routes that are completely free of motor traffic. “New developments need to have cycle and pedestrian friendliness built in at the outset. Look for the opportunities to integrate your cycling programmes with highway road maintenance programmes. While the work gang’s out there get two jobs done for the price of one.”

He concluded: “Let’s shift the funding from building new trunk roads – that is exacerbating car dependence and climate change – to the local roads where we can enable those short journeys made by walking and cycling. Integrate the maintenance with redesigning our roads to be more pedestrian and more cycle-friendly, for the benefit of our environment, our health and our climate.”

Will micromobility change short distance demand for a car?
Another key factor to point out, in terms of priorities for road users, is the length of their journeys and what mode of transport suits their needs best. Nick Lyes, head of roads policy at RAC, says that 23% of journeys in a car are two miles and under, and previous research has shown that 57% are five miles or less. 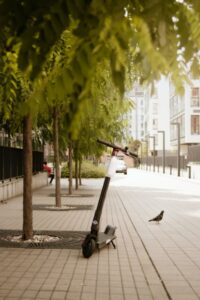 But why are drivers so dependent on their vehicles? 73% of drivers agreed that they would find it “very difficult” to adjust their lifestyle without a car, Lyes says, with 54% of those saying they are essential to carry heavy things, 45% saying they need them to stay connected and 26% saying there is no other way to get around.

While some of these reasons are of course practical, it would be interesting to see how habits change post-lockdown, with more and more people realising there is less need for a car for shorter journeys. Could drivers turn to active travel in the future? It seems the answer could be yes, with a recent AA survey of nearly 20,000 drivers revealing that 36% will walk, cycle or run after lockdown is over. And with new regulations allowing trials of rental e-scooters coming into force on 4th July, it could be that we soon have even more choice on how we travel.