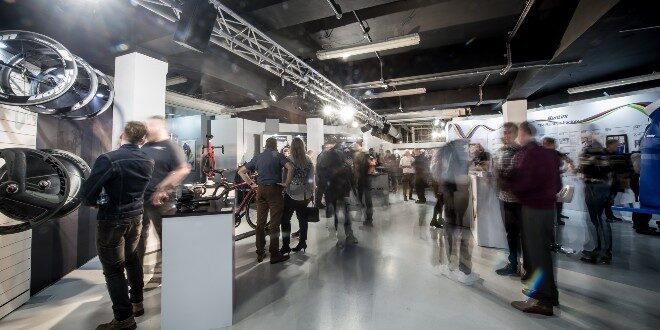 The line-up has been confirmed for next month’s Rouleur Live, which returns to Victoria House from 4th-6th November.

Tickets for the event are selling fast with star-studded line-ups across each of the three days. Guests will be hosted on stage in the theatre at London’s Victoria House to talk all things cycling and their experiences over the years in front of a live audience.

The first two days will feature equally exciting rosters on stage. Former winner of all three Grand Tours and current professional Vincenzo Nibali will be on stage on Friday alongside Emma Norsgaard of Movistar, also present on Thursday. A star of the peloton and multiple classics winner during the 90s and early 2000s, Andrea Tafi will also be present on Friday as well as another recent retiree in Nico Roche.

The first day of the event will be equally as busy with former sprint star Marcel Kittel joining French Grand Tour contender and multiple stage winner, Romain Barde, as well as the new British road race champion, Pfeiffer Georgi. While it’s not just those who’ve spent time racing bikes who feature, with a name more akin to producing bikes for the world’s best riders, Fausto Pinarello, also on stage on Thursday.

Formerly known as Rouleur Classic, this year the show‘s name has been changed to Rouleur Live to better reflect what it is – the embodiment of the magazine in an exquisite exhibition format. It’s only a name, but it gives a better description of what the show is all about: bringing you the best of the cycling world’s past, present and future. And the sixth edition promises to be the finest and most unique show to date.

Exhibitors will feature at the event bringing together a plethora of bikes, the latest tech, gear and gadgets as well as some new product launches. The list of brands on display includes BMC with its Masterpiece bike, Cervélo and its latest R5 bike as ridden by Wout van Aert much of this season, Pinarello and its Grand Tour winning bikes, Ribble’s aerodynamic Ultra SL R and many more.

It’s not just the latest and best from road bikes too as some of the most exciting machines from the gravel scene will also be on show at the event which once again features a specific Gravel Gallery, brought to you by Panaracer. Specialized’s new Crux will feature alongside bikes from Scott, BMC, Ribble, 3T and Norway’s FARA with a new launch.

Changing for this year is a flattened price structure across all three days, with tickets at £40 which includes a complimentary drink. This gives full access to the Rouleur Live Theatre across each day as well as the halls showcasing a vast array of memorabilia and innovation from brands.

A season pass is also available for all three days at £100. All tickets can be purchased from www.rouleur.cc/live