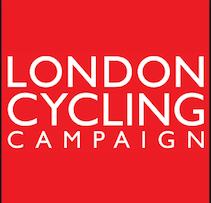 LCC reacts to three fatalities in a single day

Cycling schemes are the only way forward says the London Cycling Campaign, following the news that three fatalities took place in a single day.

On Monday morning it was announced that three individual cases of road fatalities had occurred within hours of each other in the capital. In the early hours of the morning Anita Szucs was killed whilst cycling home from work in a hit-and-run collision.

Hours later in the morning commuter traffic a second women aged 32 was hit by a coach on Whitechapel High Street. Less than a quarter of an hour later a tipper truck on the A13 Commercial Road nearby killed an 80 year-old man.

LCC has commented that these collisions underline the need for the Mayor and boroughs to urgently prioritise the highest-quality cycling and walking infrastructure to protect those most at rick of death and serious injury on London roads.

“Too many people die in collisions with motor vehicles when cycling or walking on London’s streets and our thoughts are with the bereaved. Urgently accelerating programmes to make cycling and walking safer are the only solution. We look to the Mayor, the boroughs and TfL to ensure such tragedies are a thing of the past so that everyone – whatever their age or ability – feels able to walk and cycle safely,” said Ashok Sinha, CEO of the London Cycling Campaign.

The Mayor has previously promised to triple the extent of high-quality cycle tracks on main roads; theses tracks would not impact heavily on congestion when designed intelligently. The LCC has voiced its opinion that these should form a network to enable more direct end-to-end cycle journeys.