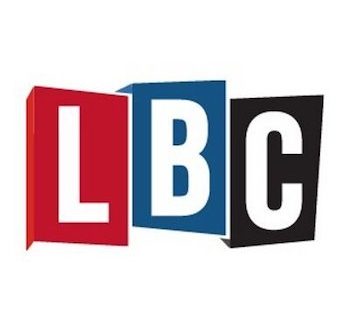 London radio station LBC will tomorrow morning air an "investigation" into London’s retail fixie scene. The segment will appear on the Nick Ferrari show. Ferrari is famously anti-cyclist and there are worries that the reporting on the story might be highly selective.

[UPDATE: the investigation did not air this morning. However, it’s possibly been held over for airing on another day.]

BikeBiz has learned that an undercover reporter has been visiting London bike shops, aiming to see whether it’s possible to buy a brake-free fixie. This is a story linked to the 2016 death of Kim Briggs who was killed in a road traffic collision involving a cyclist riding a fixie without a front brake. The cyclist – Charlie Alliston – was given a custodial sentence of 18 months earlier this week.

Mrs Briggs died after being hit by Alliston on London’s Old Street. The 20-year old Alliston was acquitted of the manslaughter of the 44-year-old HR consultant, who died from head injuries sustained after the mother-of-two walked into the road in front of Alliston, who was riding at 18mph. However, he was found guilty of causing bodily harm by wanton and furious driving, an offence dating from 1861.

Mrs Brigg’s husband Matthew has recently been tweeting as @BriggsCampaign and has been contacting bike companies who he feels are selling or promoting fixies without front brakes, which are illegal for use on public highways. (The use on a public highway of a bicycle, of 635mm height or above, with no front brake is unlawful under Regulation 7(b) of the Pedal Cycles (Construction and Use) Regulations 1983.)

Chain Reaction Cycles and Wiggle have both removed images of brake-free fixies from their websites, even though the accompanying text explained that front brakes were included on the bikes and such brakes would be necessary for the bicycles to be used on the public highway.

It’s probable that LBC is following up on this story. Soho Bikes was one of the London bike shops visited by an undercover LBC reporter.

Owner Nick Hawker told BikeBiz that the LBC reporter was "not offered a bike without brakes, and was told clearly that Soho Bikes does not supply bikes without brakes."

Hawker added: "We said we wouldn’t recommend cycling without brakes. Later in the conversation, when asked if it was easy to remove the brakes from a bicycle, the [undercover reporter] was given the factually accurate response that is is quite easy to take the brakes off a bike."

If the response from LBC’s "planning editor" Chris Hemming is anything to go by it’s very possible that this last message might be shorn of its context.

Hemming told Soho Bikes: "Earlier today a colleague of mine was working on a story about how easy it would be to buy a bikes without brakes for his commute. He came in to your shop and spoke to one of your colleagues about purchasing such a bike to use on the road. During the course of that conversation he was offered a bike designed for the road that did have brakes as he ‘wouldn’t recommend’ cycling without brakes, but was then advised that it was quite easy to ‘take them off’."

Hemming then added: "Riding a bike on the road without brakes is illegal."

Soho Bikes’ Hawker is concerned that "extracts from the conversation in the shop will be used very selectively, giving the impression that we encouraged the reporter to take the brakes off a bike they bought from us."

Hawker stressed: "This couldn’t be further from the truth; the reporter was told several times we would not (and could not) supply a bike for riding on the road without brakes.

"When he asked later if the brakes could be removed then we told him they could, but at no stage did we suggest he did this or in any way endorse riding on the road without brakes."