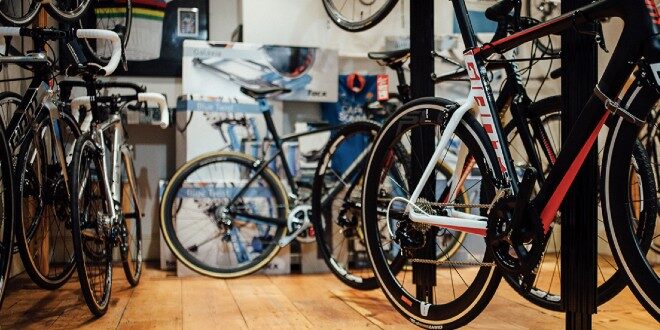 In the second of a four-part series, James Smith looks at the advantages and disadvantages of a physical store 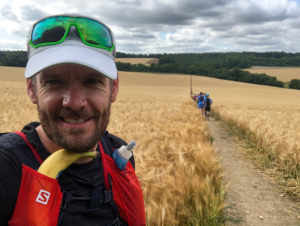 Last time out, we looked at some rather large brands and their specific attempts to improve their green credentials. This time, we will look at the advantages and disadvantages of a physical store and try to identify who our average consumer is. A physical store will, in general, have a loyal audience who will often prefer to purchase physically before going to the internet. However, this is the new normal and it is likely to stay that way, with more and more shoppers choosing to shop online even when the option of a physical store is in place.

But not all is lost. In fact, physical stores have an ace up their sleeve. Click and collect, if managed properly, can not only increase the footfall in store but also increase the chances of an upsell. This does require an online presence, though. Of course, that takes time to build and often no small investment. The time has come, however, to be sure that you are not missing customers and make that leap. Currently, Amazon packs over 6,000 parcels per minute worldwide. It is predicted that e-commerce sales will grow by around 55% between 2020 and 2024; can you afford not to have an e-commerce website?

Your industry and its place in the UK industrial sphere
A 2016 study in the International Journal of Sports Management and Marketing found that of the 100 million bicycles sold per year, over 20 million were sold in Europe (Thibaut et al., 2016). In 2021, that would be over ten million bicycles purchased online. The UK cycling industry is a large and growing part of the British economy; this was reviewed in the 2018 paper on the value of the cycling sector to the British economy. In it, they estimate that cycling contributes around £5.4 billion a year to the economy, with £4.1 billion coming from reductions in loss of life, reduced pollution and congestion.  There is also a smaller sector of accessory purchasing at a value of £700 million. Cycling also creates jobs with some 64,000 full-time employees across the UK. These are bike shops, mechanics, tour guides and manufacturers (Newson and Sloman, 2018).

Cyclists as a purchasing powerhouse
Cyclists are a powerful purchasing group. The 2018 Department for Transport walking and cycling statistics show that 7% of the population cycle at least once a week (GOV.UK, 2019). This can be extrapolated into numbers when looking at UK population figures.

According to the Office of National Statistics, 66 million people are living in the UK (Coates and Tanna, 2019). This means that there are at least 4.62 million regular cycling consumers in the UK. A Transport Scotland survey found that household income and bike ownership had an equal effect; 60% of households with an income of £40,000 or more have access to one or more bikes, compared to 16% of households with an income up to £10,000 (Transport.gov.scot, 2017). This evidence can be observed that cyclists have high purchasing power.

This demographic and purchasing power can be seen more acutely when looking geographically. A 2012 study by the Journal of Preventative Medicine showed that London’s public bicycle sharing scheme was being well used but usage in more deprived areas dropped off compared to relatively wealthy areas (Ogilvie and Goodman, 2012). This could be because of cultural and religious reasons, but does provide more evidence that cyclists are, in general, from a more affluent background than previously thought.

The demographics of UK cyclists
If looking at average miles per age, then according to the Office for National Statistics, the age ranges with the most miles would be 30-39 and 40-49, with males cycling far more miles than females (GOV.UK, 2019). This population of high mileage individuals reflects the findings of the 2011 census, which found that getting to work by bicycle was much more common in those in professional occupations; this indicates the results of Thibaut et al. A 2015 survey of British attitudes to transport found that the “proportion of cyclists increases with household income and decreases in older age” (Assets.publishing.service.gov.uk, 2015).

In summary, the UK cyclist is more likely to be male, from 30-49 and is more likely to be from a professional background than from a deprived background. This picture of the average cyclist was replicated in my own research with over 271 respondents. 76% of those responding were male. 35% of respondents were aged between 45-54, the 35-44 age range followed this at 24%.  The most popular wage range was between £50,000 and £74,999, with over 26% of respondents falling into this category, and the £30,000 and £49,999 respondents were next with 24%. This backs up previous research that the highest-earning ranges are from 40 to 50. A report on the This is Money website stated that “most professionals should expect their pay peak between the ages of 40 and 49” (This is Money, 2018). Therefore, it can be stated that the respondents in the majority were male, earning between £30,000 to £75,000.

In part three, we’ll look at whether these respondents really make conscious decisions about the environment before making a purchase or not.